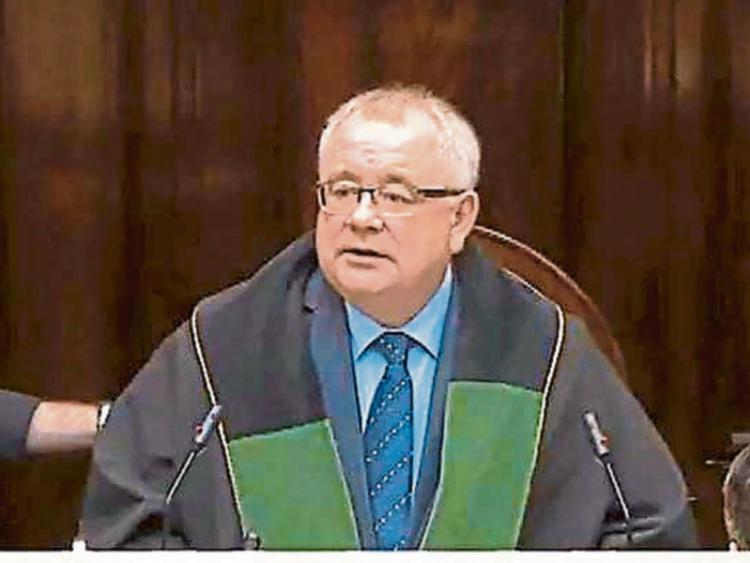 A High Court challenge brought by four opposition TDs against the Ceann Comhairle's decision not to allow a vote on changing Dáil standing orders to stop the Government blocking Opposition Bills will be heard shortly before Christmas.

The matter returned before Mr Justice Charles Meenan on Thursday morning, who was informed that a timetable had been agreed between the parties for the exchange of pleading in the case.

The Judge then agreed to fix the hearing of the action for December 17th next. John Rogers SC for thefour TDs said that the case should take two days to hear. The court will be informed later this month if the Attorney General will participate in the action.

In their judicial review action, the four TDs are challenging a refusal by the Ceann Comhairle last Monday to place a motion submitted by Deputy Smith for the Order Paper of Dail Eireann, which would have been debated in the chamber on Wednesday afternoon.

The motion seeks to prevent the Government from blocking Opposition Bills by withholding a “money message” necessary to allow them to proceed through the legislative process – even when they have been voted for by the Dáil.

The TDs claim the Ceann Comhairle's decision is a breach of the rules.

They seek an order from the court quashing the decision, as well as various declarations including that the decision breaches their constitutional rights.

Lawyers for the Ceann Comhairle argue that the TD's application is misconceived and is not something that can be considered by the courts.

In granting permission to bring the case Mr Justice Simons said that while he was not making any findings in relation to the serious constitutional issued raised by the TDs he was satisfied that the threshold of arguably had been met.

The judge refused to grant the TDs a temporary injunction requiring the Ceann Comhairle to suspend the effect of his refusal and to restore the motion to the order paper.