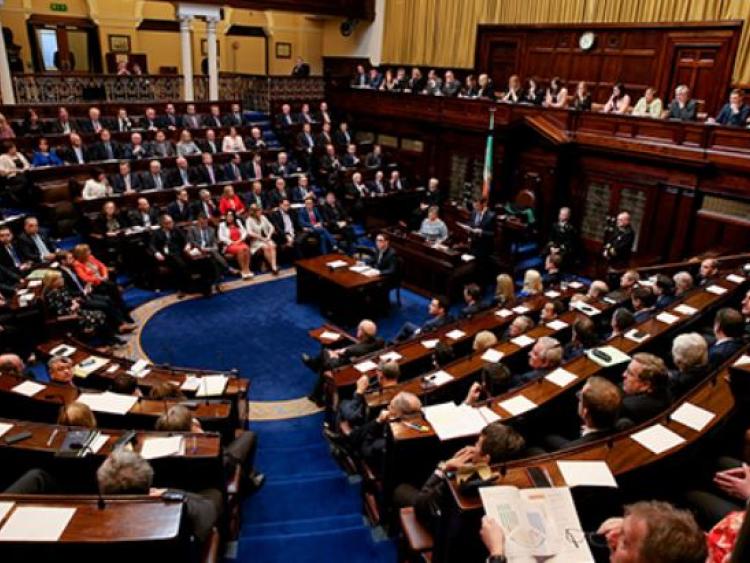 Kildare TDs have insisted that the current expenses system is a fair way to reimburse them for allowable expenditure during the course of their work — and some have called for more transparency in this area.

An RTÉ Investigates report showed that Kildare TDs claimed a combined total of over €385,000 under the Travel and Accommodation Allowance (TAA) scheme between March 2016 and the end of 2018.

A total of €71,960 was each claimed by five TDs: Bernard Durkan (FG), Martin Heydon (FG), James Lawless (FF), Fiona O’Loughlin (FF) and Frank O’Rourke (FF). Social Democrats TD Catherine Murphy claimed €25,603 while Ceann Comhairle, Seán Ó Fearghaíl was excluded from the investigation. Expenses are decided based on the distance a TD has to travel from their home to Leinster House.

Expenses claimed under the TAA scheme are not audited except on a random basis, and the allowance is given to TDs on the basis that they personally attend Leinster House on at least 120 days per year.

Attendance is measured based on sign-in records generated using an electronic fobbing system, which TDs can use to record their attendance once at any time during the day.

RTÉ Investigates compiled the data using the official attendance and voting records published by The Houses of the Oireachtas and compiled attendance days via the Freedom of Information Act.

Fianna Fáil politician James Lawless believes changes are needed to make the system more transparent and to increase public confidence.
He told the Leader: “In terms of reforming the system two obvious changes occur to me — a clock out as well as a clock in time on the fob system, the other being to grant travel expenses based on mileage supported by receipts.
“In a previous job I did both of those things and it was all very straightforward to manage.”
Kildare North TD Catherine Murphy called for a ” thorough overview of the entire system” adding: “As a bare minimum there should be a fully vouched system for expenses whereby everything requires a back-up receipt which can be verified as required.”
The RTE data also showed the TDs failed to take part in any votes on some days when they recorded their attendance in Leinster House.
The following is the number of days on which votes were not recorded in relation to each TD: Fiona O’Loughlin (71), Catherine Murphy (31), Martin Heydon (25), Frank O’Rourke (22), James Lawless (35) and Bernard Durkan (1).
Fine Gael TD Mr Durkan said he missed one vote during the period under examination as he was on his way to Brussels for official engagements.
He added: “I’ve possibly only missed two or three votes in my lifetime as a TD.”
Mr Durkan added the TAA also covers mileage and other allowable expenses incurred by TDs in the course of their work as a TD throughout their constituency — as well as outside their constituency on occasions.
The TD also said that being based in Kildare can mean that constituents expect their local politician to be at events in the morning and evening on days that the Dáil is sitting — whereas TDs from Kerry or Donegal will be overnighting in Dublin.
Fine Gael TD Mr Heydon called on authorities to “rigorously pursue” the issue of TDs who are registered as entering the Dáil but are not recorded as voting that day.
He added: “The best way to increase public confidence in the system is to ensure that any question over a member being marked present but appearing not to have been in the Dáil for any part of that day, be fully investigated and strongly dealt with.”
Fianna Fail TD Fiona O’Loughlin said: “Restoring faith in a TD’s expenses is done through accountability and transparency and showing the constituents we represent that we are working hard on their behalf.”
She said the number of events she covers can be seen from her social media.
She added: “A constituent can log onto www.kildarestreet.ie and see the questions I’ve raised to each Minister, they can see the Bills and Private Members Business I’ve spoken on during each week and they will see consistently that I am in Leinster House raising issues that are close to the hearts of my constituents.”
Kildare North TD Mr O’Rourke insisted he has to take money from his salary to supplement the running of his constituency office.
The TD said that the TAA expenses also cover his travel around his Kildare North constituency for meetings before and after he attends the Dail - as well as on days when the Dáil doesn’t sit, and on weekends.
Mr O’Rourke said he keeps a detailed set of accounts in his office which are available to be audited at any time by Revenue.