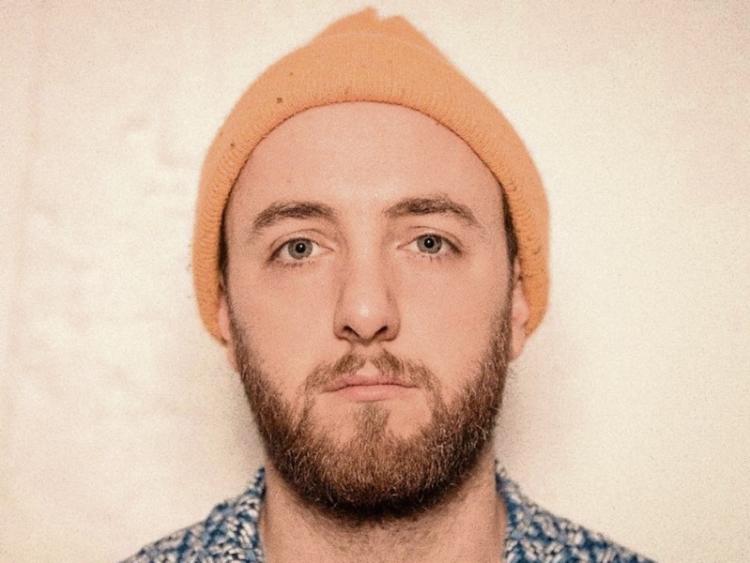 A Rathangan musician is getting set to release the first single from his upcoming debut album.

Ice Cream by Tod Doyle, an alternative folk singer-songwriter, will release on November 8.

29-year-old Tod is currently on tour in Germany, but will return for a hometown gig before Christmas.

Tod started playing music professionally after he finished his degree.

“I played my first gig in The Village Pump many moons ago, who have always been brilliant supporters of music in our area,” Tod told the Leader.

“I have been lucky enough to play and tour the world with some amazing acts such as Lisa Canny Band, Megan O'Neill, Peco, My Tribe Your Tribe, and Cuig among others.

“As a songwriter I released my first EP These Days in 2012 when I was based in Budapest for a couple of years and it's still available to stream and to buy on all the usual platforms.

“Since then I have been extremely busy playing the drums and touring with above bands and quietly working on these new songs that I am very excited to release.”

“These songs initially came together when I lived just on the edge of the Curragh outside Kildare town in a rented property that we aptly named The Ranch.

“My friends Jack and Barry kindly offered me the larger sitting room to set up a studio where I locked myself away and started working on demos for about 18 months.

“I then came across Hally when he was in the midst of his hugely impressive Peeling Onions project where he released a video and a song each week for 1 year.

“I was blown away by artistic ability that he had as a mix engineer and producer so we got in touch and a few months later we started re-recording/re-building the tunes to squeeze the best out of them.

“Ice Cream is the first of these songs and is a love song that looks back on the good and bad side of a past relationship.

“There is in total four initial single releases set for the next five to six months and each single will grow further left of centre.”

Tod is looking forward to playing a hometown gig in Rathangan.

“After playing to German audiences for the past three weeks I can't wait to get in front of a local crowd who I can have a bit of craic with.

“Myself and Peco are really excited to put on this show in the new RYARC Community Centre which is a brilliant venue and amenity for the town.

“We will both have our respective bands with us and people can expect a relaxed evening of a mixture of genres of music and a it of craic and sure it being Christmas means we'll have all sorts of people home which is always great.”