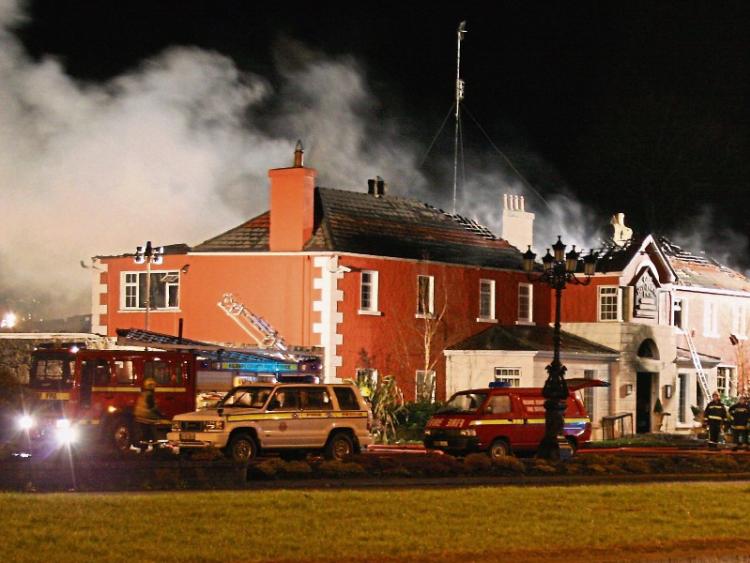 Robert Mulhern, from Naas,  is a London-based journalist contracted to Sky News.

From sausage, chips and a can for a pound to five star dining in the Red House hotel, the Naas dining experience of yesteryear was a thing of extremes but I never expected these places to fall extinct.

It should have been colored white because it looked and felt like the kind of place Ronald Reagan might live, never mind eat. The road to Newbridge certainly wasn’t Pennsylvania Avenue in Washington but the building had the same shape, feel, and the dark suited customers buzzing around outside resembled Federal Agents in terms of dress, kinda.

Before fire gutted the building in 2005, I visited twice. I don’t remember the second meal because it was the day after Roy Keane left Saipan in 2002. That soured the pudding a bit.

But the steak and soft lighting of the first visit remains a salivating memory. Someone else was paying, of course.

It always felt like there was a Holy Communion going on. And if your communion clashed with a race meeting in Naas, the Curragh or Punchestown, then the share value of your stock had the potential to surge spectacularly.

I witnessed winning diners weigh in with contributions. This process involved wide smiles, back slaps from the child’s father then stern directions to ‘put that tenner in your Henry Hippo’ (money box).

To dine in The Manor, outside of these coming of age occasions, felt like a major occasion in its own right too. I mean you wouldn’t be sitting in there with the knees burned out of your tracksuit.

It was all Sunday best, pictures of Shergar, Arkle and fatherly instructions to “take it easy with that Coke because you won’t be getting another one”.

There was a parking space right outside the front door. It always felt like it was reserved for our Toyota.

The other end of the dining spectrum, but every bit the institution The Manor Inn was. Only the Yankee built its name on the back of the lunchtime £1 Special. Getting it and eating it involved chanting a mind numbing mantra for 28 of your 30-minute lunch break along with scores of others.

The staff always looked half baked by the energy transfer. And there was always some f***er trying to trade his Corned Beef sandwiches when you returned to the school gate.

The Yankee was the only place in town — we could access — that had a jukebox too. Spending the little money we had on a song wasn’t a consideration however.

Trying to trip the switch at the back or jiggle the machine was a much better idea. The Yankee served after dark too. Way after dark.

Through teenage years the pavement outside hosted some epic battles — the main event to the undercard of Nijinsky’s Nightclub and one you could watch over supper.

The name feels exotic, still. You have to remember so many local shops and eateries bared either the name of the owner or its location.

Against the blandness of this landscape, La Primavera felt like a small part of the Amalfi Coast in Italy, set up beside St Corban’s lane and across from Murtagh’s Corner. The Capri Grill did decent pizza but this restaurant must have been the only place in town where tagliatelle was always on the menu.

To go here was to acknowledge that sauces other than gravy existed.