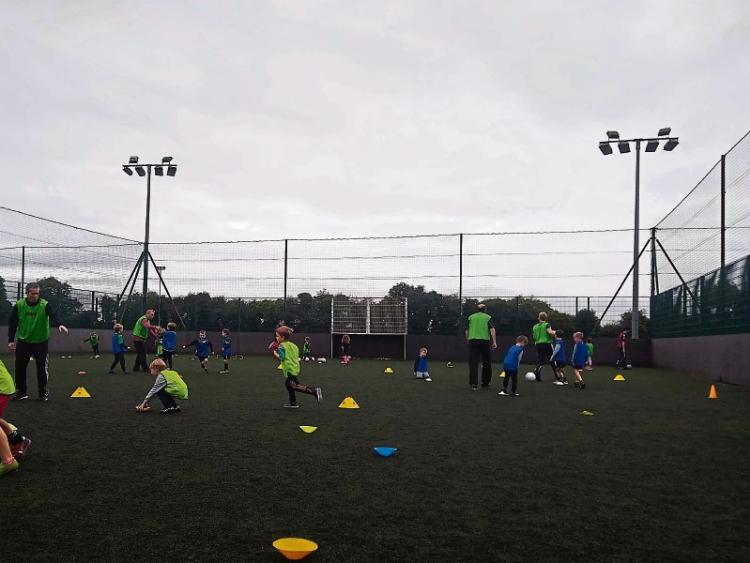 The GAA club offers something special to kids in our community

Our GAA club held a coaching conference for our members recently. One of the speakers at the event was former Dublin player Paddy Christie, who was absolutely brilliant to listen to. His words have really stuck with me since and he has really changed my opinion on views I held for years.

Time and time again throughout his presentation, he insisted that letting kids play as many different sports as they can is a good thing. It’s not something I expected to hear from a GAA man speaking to a room full of GAA coaches.

As a child myself I remember hearing about kids who were frowned upon for playing anything but Gaelic football. It’s a religion where I come from. Foreign sports were the enemy back then, and although I have nothing against any sport, the GAA is my number one.

Christie noted that if a GAA club is well run, has good coaches and a good atmosphere, the kids will always come back.  Kids follow fun. Kids love fun.

He believes that if a child heads off playing rugby or soccer during the GAA down season, he or she will come back to the club that’s run well. Kids will also learn new skills in other sports that will only benefit them. And he’s dead right.

What about burnout, I thought? Apparently it’s not an issue until a child reaches the age of 14 or 15, when proper competitive action kicks in. So with all that in mind, I've been trying to convince six-year-old Aidan to try something new.

A lot of his friends play multiple sports, mainly football, soccer and rugby. They are all available nearby. However, he refuses point blank.

I’m not fully sure why he is refusing to try out anything else. I suspect it’s a confidence thing.

He’s been playing football for the last three years, he’s good at it and I think he’s afraid he won’t be able to master the likes of rugby or soccer.

I totally agree with Paddy Christie but I am not going to drag Aidan to play something else against his wishes.

I know he’d be well able to play and pick up the skills of another sport, but I’m not the kind of parent that forces their kids to do things they really don’t want to do. Aidan is entitled to make certain decisions himself.

He basically eats, sleeps and drinks GAA, mostly his club. And although I am happy for him to play any sport he wants, I’m also delighted about just how much he loves his club. We live in a rural setting and our GAA club is so important to us.

When we moved over a year ago it was an easy move for me to make, because I moved home. However Daddy Chambers knew very few people round these parts.

I am fortunate enough to be at the school dropping and picking up the kids every day, and have made plenty of new friends, but it’s not as easy for men who are out at work every day.

Daddy Chambers decided to volunteer at the GAA club as an underage coach, and it has meant that his life here has been so greatly enhanced. He has a wave of new friends and social outings, all because he got involved in his local GAA club.

He knows people he may have never gotten to know, because of the GAA club. These people are our neighbours, but if he was simply going to work, coming home and closing the door behind him, he would never have gotten to know these people.

I’m sure he would have made plenty of friends in the rugby club or at the soccer club too, but the thing is, they aren’t specific to our community. The rugby club is in town and there’s no soccer club in our parish — and that’s the beauty of the GAA.

As I said earlier, Aidan is obsessed with his club and it goes beyond playing the game itself. Last Saturday he spent an hour just standing in awe of the Under 15 boys team training. Aidan stands still for very little, but these teenagers are heroes to him and he wants to be just like them.

He watched their every move and when they asked him to help collect the balls after training, he was so, so over the moon. What a great example these older kids are to my kid. Say what you want about young people today, but the older kids I encounter in our club are nothing but fantastic.

Paddy Christie was dead right in what he was saying, but there is, in my opinion, nothing quite like the GAA for kids — and that goes way beyond just sport.