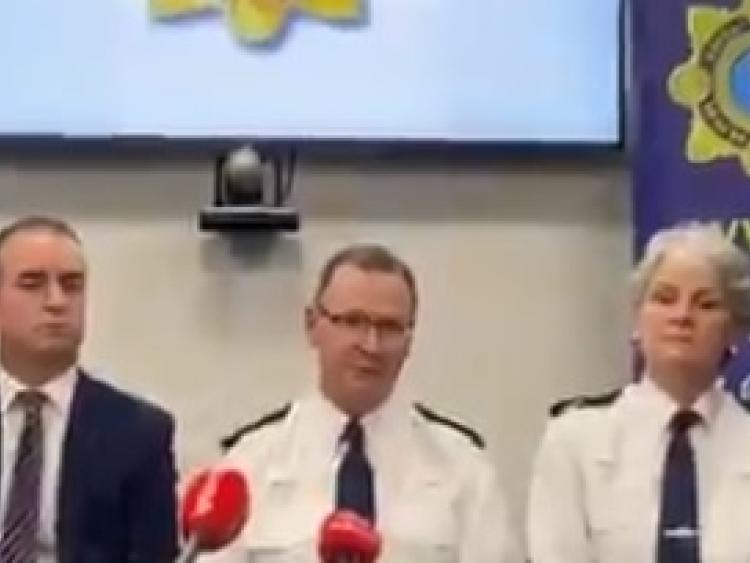 Gardai have issued a new warning to social media users not to identify the two boys sentenced to prison terms today for the murder of 14-year-old Leixlip schoolgirl Ana Kriegel.

"We want to remind people about the tight restrictions around reporting in this case which applies to commentary on social media, that has been reinforced today by a judge of the court," said Chief Superintendent Lorraine Wheatley at a press conference in Kevin Street Garda Station this afternoon.

Gardai sent out a stark reminder for people on social media to observe the courts ruling in retaining the anonymity of Boy A and Boy B due to their juvenile status pic.twitter.com/cw0I4VHkIh

Earlier today, at the Central Criminal Court, the teenage boy identified as Boy A was jailed for life, with a review after a 12 year period, for the murder of Ana Kriegel. Boy B was sentenced to 15 years, with a review after eight years. The two boys were convicted earlier this year for murdering Ana Kriegel in an abandoned house at Laraghcon, Clonee Road, Lucan on May 14, 2018.

Reporting restrictions had been put in place around the trial to preserve the anonymity of the two boys. They will be entitled to this anonymity for the rest of their lives. Gardai today warned that anyone who identified or named the boys on social media, including in commentary on news stories surrounding the case, would be prosecuted.

Separately, gardai noted at the press conference that they had not established the reason why the young schoolgirl had been murdered.

They outlined various procedures that had been taken while questioning the two boys during the course of their investigations into Ana's murder in order to preserve their anonymity, such as using rental cars instead of unmarked garda cars, and using black bags rather than evidence bags to remove evidence from their homes.

The boys were housed in separate rooms in garda stations, rather than in cells, during their questioning.

Gardai also displayed the 3D reconstruction of the crime scene at Glenwood House, where Ana's body was found, that was shown during the trial.

A 3D reconstruction of the crime scene at Glenwood House in Lucan was shown as a way to present evidence to the jury in the Ana Kriegel murder trial pic.twitter.com/y8gTMeh7qn

Gardai praised school councillors for helping children who would have known Ana in the aftermath of her murder, and encouraged parents to talk to their youngsters and let them know that they could contact the gardai if they were worried about anything.

Gardai in the Ana Krigel murder investigation have never seen anything of its nature in their time and hopefully will never again pic.twitter.com/lfEgaDbwX2