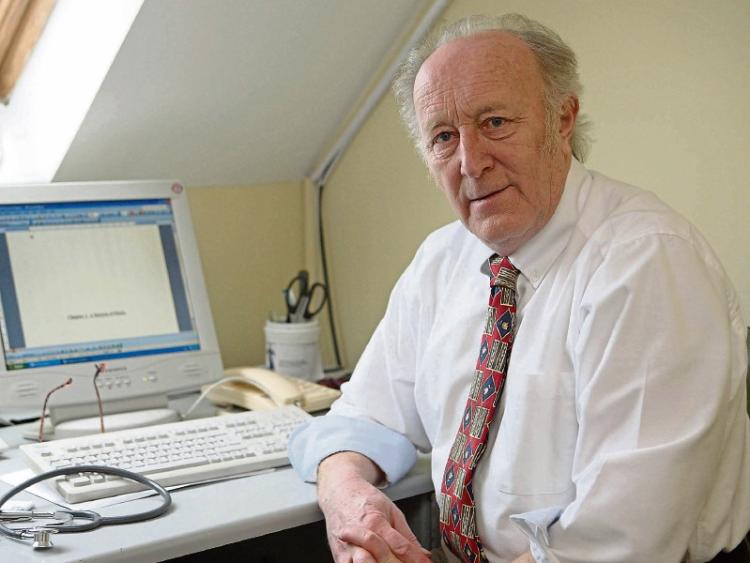 Dr Rynne in his surgery

A dodumentary about the life of Kildare man Dr Andrew Rynne is winning awards at film festivals all over the country.

The short docu-drama called The Vasectomy Doctor is a dramatisation of the episode in 1990 when a man burst into Dr Rynne’s Clane surgery as he was performing a vascectomy on another man and aimed a gun at him.

The man said: “You destroyed my life eight years ago. I’m going to take yours now.”

The man lowered his aim from between Dr Rynne’s eyes and pointed it instead at his genitalia, and pulled the trigger. The bullet missed its intended target and instead wedged itself in the doctor’s hip joint.

Although Dr Rynne, who is resident in Prosperous, is perhaps best known to a wide audience for that moment, he is also one of the most significant figures in the modernisation of Irish society.

After school in Newbridge College, he trained as a doctor,and spent some time in Canada.

On his return he started doing vasectomies, and was the only Irish doctor doing that procedure.

At the time, an English doctor, whose expertise was in the eyes, was coming over to Ireland to carry them out.

Dr Rynne became a member, and then chairman of the Irish Family Planning Association and fought against the strict Catholic teaching of the time in relation to contraception.

Again, in contravenion of the law, he started to sell condoms in the early 1980's.

“I knew this was going to get me into all sorts of trouble,” he chuckled to a TV interviewer recently.

“I knew I was going to end up in court.”

His action landed him in front of the local district court where he was given the maximum fine for the offence, £500.

He admits: “I really pushed it as far as I could.”

A matter of a few months later, in December 1982, a new minister, Barry Desmond, came in and he allowed condoms to be put into vending machines.

Dr Rynne also objected to the fact that, before men were permitted to have a vasectomy, they were supposed to have their wife’s permission.

He felt that men should not need the permission of anyone to control their own fertility, no more than a woman should, and he ended the practice.

The documentary has won awards at numerous film festivals, including Kerry, Clones and the Kinsale Shark Awards.

As for the man who shot Dr Rynne: he sat in a field outside the surgery for a number of hours smoking and drinking a pint of Guinness before being arrested.

He spent some years afterwards in the Central Mental Hospital in Dundrum, and in time, apologised to the doctor.