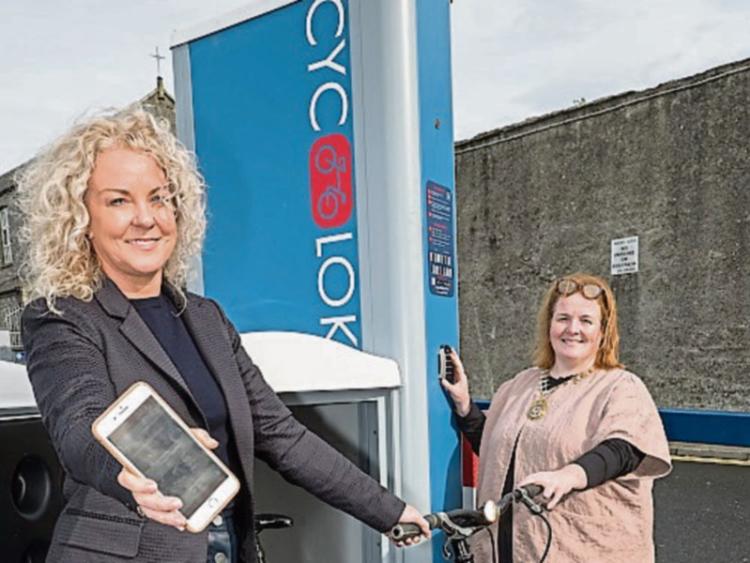 The popularity of bike lockers which have just opened in Naas will be monitored over the next few months before any new ones are provided in the town.

A request for Kildare County Council to seek more funding for secure bike parking initiatives was made by Cllr Anne Breen.

Cllr Breen said lockers similar to those recently installed in the Abbey Street car park should be installed elsewhere around the town, including at Hederman’s car park and at the train station in Sallins. She suggested that not enough people are aware that the lockers exist at Abbey Street.

The lockers can accommodate a dozen bicycles with secure facilities. They are booked and paid for on demand for a short or extended term using the Cyc-Lok app.

The money for the Abbey Street facility came from National Transport Authority and the system became operational earlier this month.

KCC says the 12-unit installation will provide cyclists with a more secure locking area for their bicycles. The Cyc-Lok scheme will also complement the gardaí’s ‘Lock It or Lose It’ campaign in a bid to improve general security of bicycles.

The lockers were provided by Cyc-Lok, following a successful tender process.

Louise Murphy of Cyc-Lok said: “We are happy to be providing our secure bike lockers to the cycling community in Kildare. Our system is affordable, user friendly, secure and safe to use.

“The units are alarmed and monitored, and we hope cyclists around Naas and its environs will use the system.”