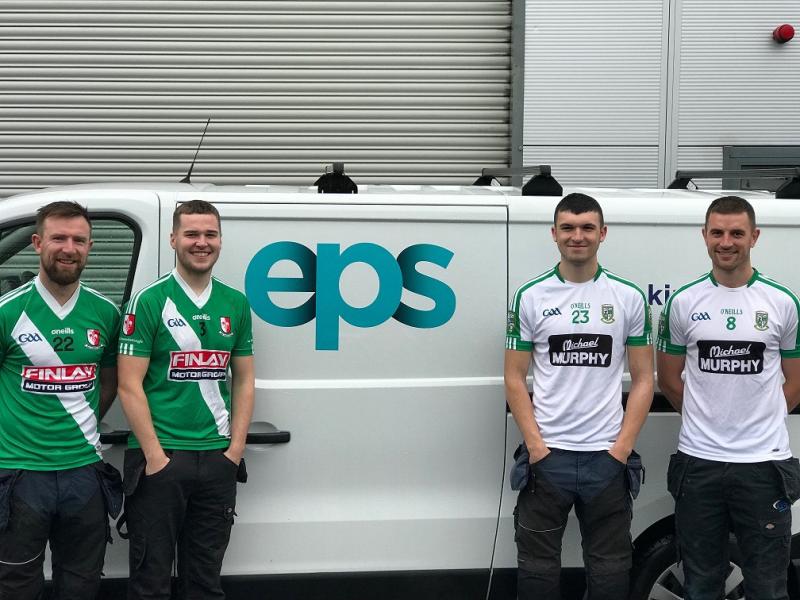 The rivalry has been building in Newbridge over the past week as the town's two clubs, Moorefield and Sarsfield, are set to clash in this Sunday's Joe Mallon Renault Senior Football Championship final at St Conleth's Park (3.30pm).

And the tension has also been rising in the Naas offices of water services company EPS, which is set to field four players in the hotly-contested county final.

Sarsfields men Robbie Confrey and Shane Doyle and Moorefield's Adam Sweeney and Shane Doyle may be colleagues in EPS's service department during the day - but this weekend will see them on opposing sides of the field.

The office rivalry has been building during the season, according to an EPS insider - while their neutral workmates support whoever they're speaking to at the time!

Moorefield's Daryl Flynn says that the office banter is good-natured - but no training ground secrets have been spilled on either side!

But none of the clubmen want to be on the receiving end of the slagging that will surely ensue at the office next week when two are proud Cup holders and the others are on the losing side.

The company has further ties to both clubs, as the sons of director Denis Buckley play for Sarsfields, and Niall Galvin also played for Moorefield last year.

EPS, which is a family business founded 50 years ago with almost 500 employees across Ireland, the UK, and the Middle East, has had a branch in Naas since 1999.