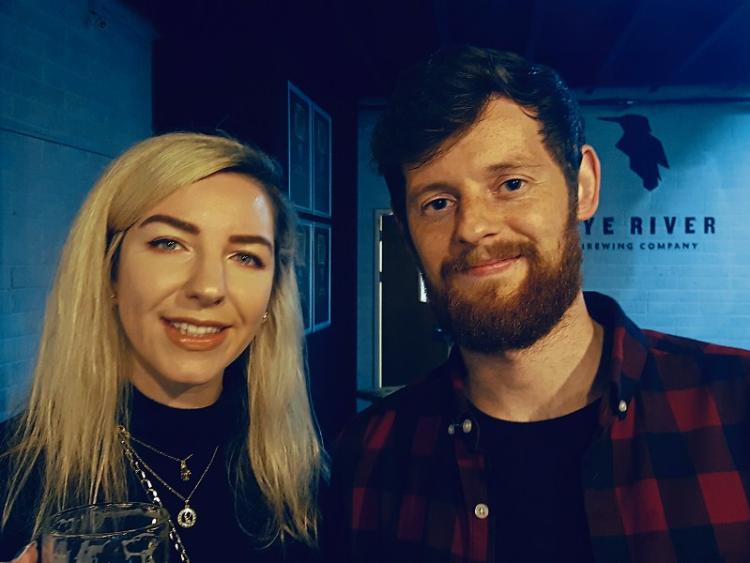 Last month, on September 26, the company, which employs 47 people, held a little celebration at its Celbridge base, inviting in various parties to try out their some of their latest beers.

Not everyone may realise that the company produces stout (both bottled and for those who like it it from the tap) in the town widely believed to be the home town of Arthur Guinness, himself.

Being a regular visitor to the German city of Cologne for over 40 years, I have gotten to know and love the town’s famous Kolsch beer. Rye River also produces Kolsch and the glass I took was up to the German standard, and went down well with the bratwurst provided by local cafe, Halo.

Simon Broderick, brewer, told us that while most of the malt comes from abroad, Rye River takes some from Minch Norton in Athy.

The Crafty Brewing Company, produced exclusively for Lidl, is now available in over 20 countries across Europe.

The company says that the key to its success is its small batch brewing (2,500 litres) process, which allows its brewing team to ensure the best quality beer is always crafted, by experimenting, tasting and smelling at every stage of production.

“Our success at this year’s World Beer Awards is evidence that our approach works and that we have the winning formula,” it said.

Tom Cronin, managing director, said the last five and a half years have not been easy for the company but they were now working well.

“We are consistently brewing good beer. It is very competitive both in Ireland and around the world. We are competing with the best breweries in the world and consistently winning awards. “It is a good story. Spread the word.”

Regarding its stout, the draught of which they want to see coming out of more taps — it is currently served in O’Connors, Main Street, Celbridge, among other spots.

Bill Laukitis, who started brewing in his own kitchen, was very fair in his appreciation of Arthur’s produce.

But, he said said of the Rye River brand: “We pack a little bit more flavour. We’d love to see it on more taps.”

Since the establishment of the brewery in 2013, Rye River Brewing has won 130 awards.