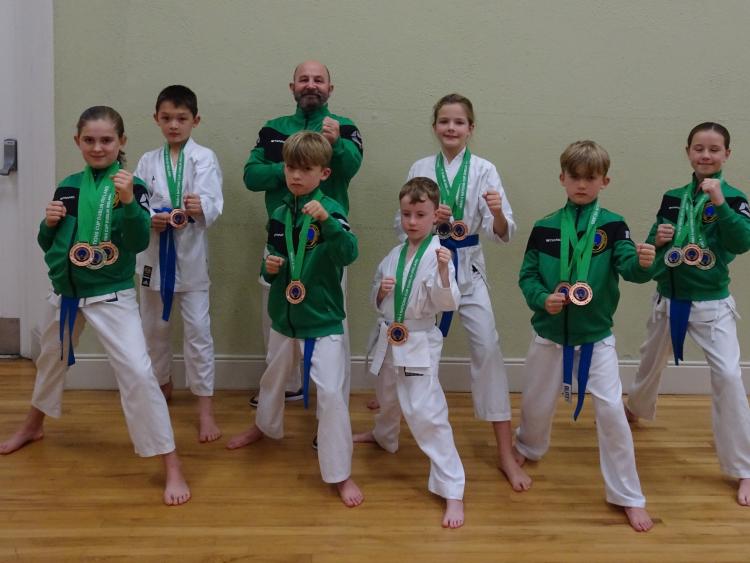 They did themselves and the club very proud according to their chief instructor, Sean O'Brien.

"We had seven competitors selected from the club joining the WMAI main squad of over 30 competitors for this event they all trained very hard attending Kumite (fighting) and Kata (forms) classes in the club, and attending WMAI squad training for the last few months in preparation for the event," he said.

The seven students selected from Rathangan School of Karate were:

The overall medals won for all clubs within WMAI were seven Gold, eight Silver and 29 Bronze.

"WMAI are so proud of each and every one of the competitors who took part," said Sean.

Rathangan School of Karate train every Thursday from 6.30pm to 7.30pm in the Community Center in Rathangan. New members all welcome. Please call Sensei Sean O Brien on 0872504421 for further information.