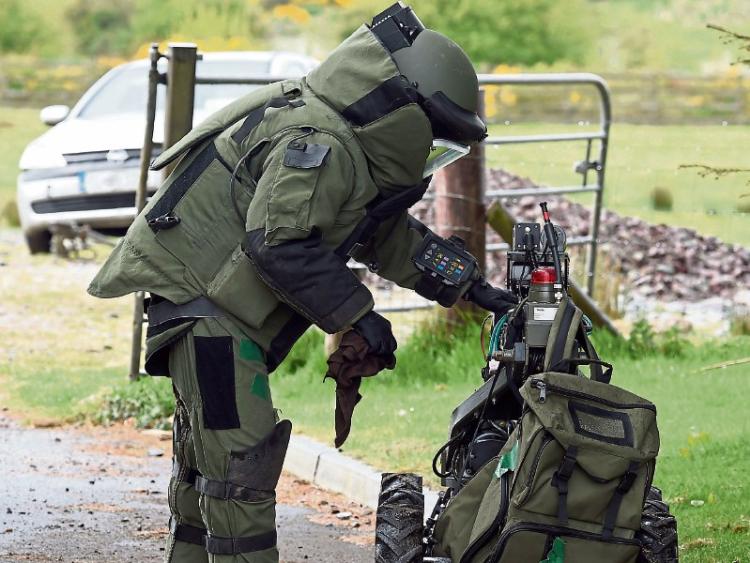 A file photo of the army bomb squad in operation

Last night, following a request from An Garda Síochána, an Army Bomb Disposal Team was tasked to investigate suspect devices located at a premises on the Dublin Rd, Edenderry, Co Offaly.

On arrival a cordon was established and nearby buildings evacuated for the duration of the operation. Five suspected pipe-bombs were identified, made safe and removed for further examination. The team departed the scene just after 11pm.

Should members of the public encounter suspicious items, or hazardous substances, they are advised to maintain a safe distance and inform An Garda Síochána.