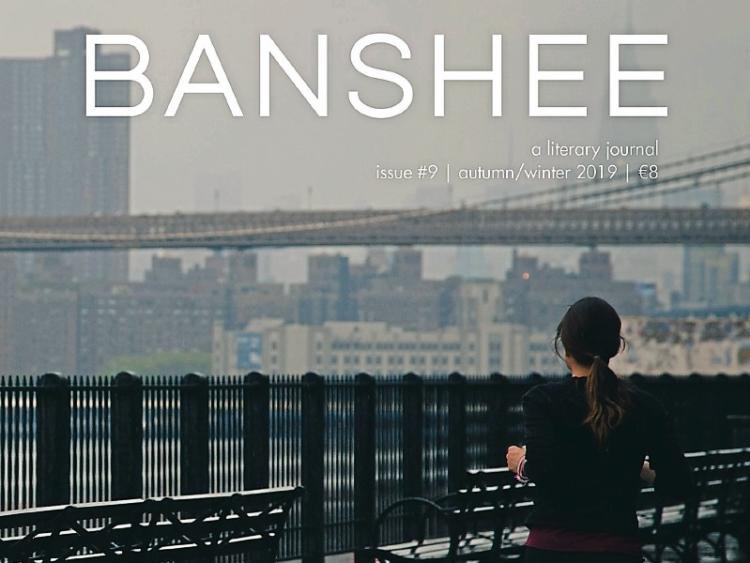 The Arts Council recently announced a grant award of €30,000 to Banshee, which is a literary journal that began life in 2014.

It has been supported by the Arts Council since 2016.

Banshee was set up by three women, Claire Hennessy, Eimear Ryan and Laura Cassidy, who is from Two Mile House.

The journal is published twice a year and in its latest edition, includes short stories, essays and poems from more than 30 different authors.

Woobine books in Kilcullen sells it.

In more recent times Banshee has published Paris Syndrome, by Lucy Sweeney Byrne. It is a collection of 11 different, but interconnected short stories, all with the same narrator, and it is already receiving rave reviews.

“Lucy actually appeared in our first edition. She actually approached us and asked us if we had ever thought of publishing a book, and when we were talking about moving into book publishing, she was our first choice,” Laura explains.

“So things just lined up. We had thought it would take us a bit longer but we couldn’t pass this up.”

And Banshee is deciding on their second title at the moment.

“It was in the plan from the start. We envisaged finding people from the journal, which is what has happened.

“There is so much writing talent in Ireland,” she says.

The three of them get up to 500 submissions per issue and the three women read them all.

They don’t publish a set amount per edition, somewhere between 25 to 32 per issue.

Laura says that one of the main experiences is of people sending in material too soon, before it is ready.

“So we see a lot of potential. We sometimes find things that are complete, but have so much potential that we would take it. We do editorial work on it.”

Banshee often asks authors to work on something again and re-submit in the next window.

They have published quite polished authors also, such as Patrick Freyne and Sinead Gleeson.

“We were the first to publish an essay from her,” said Laura.

When the three women set up Banshee, it was around the time of the charged atmosphere of the Waking the Feminists movement.

It wasn’t why they went into it, but it certainly influenced the response they got to their proposal.

In other roles, teaching creating writing for instance, the women had read a lot of unpublished material and knew there was a lot of talent out there, “and maybe it was just a case of giving people a platform,” she says.

Laura explains that a gofundme appeal for a start up fund garnered €4,500 in two days.

Laura and her colleague Claire had published novels and Eimear had done short stories, so between them, they had something of a profile, which was helpful when it came to the appeal.

She says that the support from the Arts Council allows Banshee to operate.

“It’s very costly to produce the publication, but it’s great for writers to see their work in print and it’s so important for our literary culture to have print publications, but they are very expensive to run.

“We did also want to print our publication, and it enables us to pay writers.”

She adds that we’re lucky in Ireland, because there is a great literary journal scene, and the more established ones have been very welcoming of the newcomers.