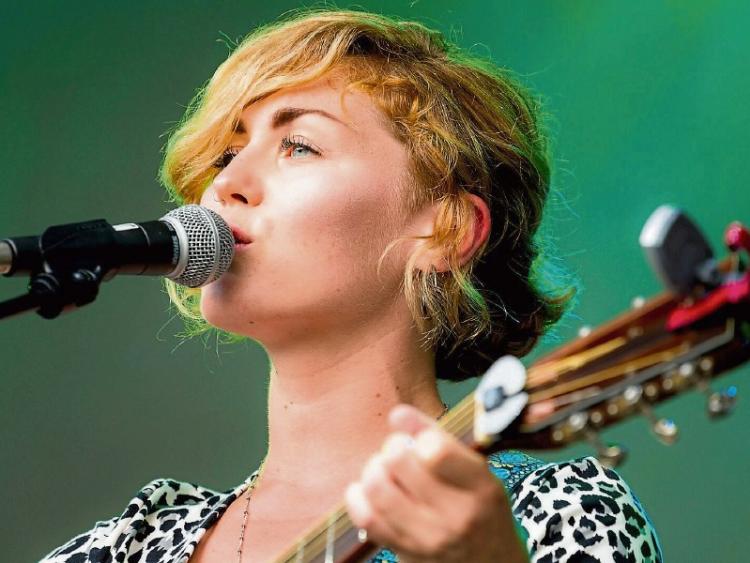 Ballymore Eustace native Megan O’Neill is hitting the road for a new tour around Ireland.

The successful country singer-songwriter has just come off tour with the legendary Sir Tom Jones, which she said was “absolutely mad”.

“I was really nervous for the first show as it was the biggest audience I’d ever performed in front of (15,000 people) but once we got through the first song it was totally fine,” Megan told the Leader.

“The staff and crew were amazing on the tour and we were so well looked after. Backstage catering was a dream!

“Meeting Tom Jones was definitely a ‘pinch-me’ moment too. Such a lovely man and he’s still got the most stunning voice at almost 80.”

Megan is now home getting ready for a full-band, headline tour of Ireland coming up this November.

“I’ve lived away from the Ireland for the past seven years (in London and Nashville) so I’ve never properly toured here before which makes this very exciting for me. We’ve got shows in Naas, Cork, Dublin, Galway, Portlaoise, Belfast, Newtownards and Waterford.”

As well as a tour to look forward to, Megan also has new music on the horizon.

“I’ve just finished my fourth studio record which is set for release in 2020 but we’re pushing out a few singles before we release the full album.

“The first single, Rootless, is set for release on October 25. There will be three more singles next year in February, April and June so keep your eyes on social media!”.

Megan is one of the UK’s most loved country music stars, and she says her fanbase growing worldwide.

“I wouldn’t necessarily say I’m in that genre here in Ireland. My music would be considered Alternative Country and Americana, and so I’ve never really fit in with the Irish Country Music scene. But it’s definitely alive and well here and, as a genre, country music is growing worldwide which is amazing to see.

“I’ve been fortunate to be a part of the boom in country music in the UK and have played almost all of the new festivals which have popped up to celebrate this genre across the UK. It’s great to see it grow and to see more young people enjoy the genre.

“There are obviously a lot of different layers within country music and Americana, but at the core of these genres is just really good storytelling, and I love that!”.

Megan has had many career highlights to date.

“I feel like with my career so far, it has been a build-up of ‘wins’ that have gotten me to where I am.

“Obviously there have been massive moments for me like having my song on ABC TV show Nashville, touring with Tom Jones, performing at JJ Abrams’ Oscar Wilde Awards in LA and much more. But I think in general just waking up every day knowing I get to keep doing what I love is a massive win and makes me feel successful.”