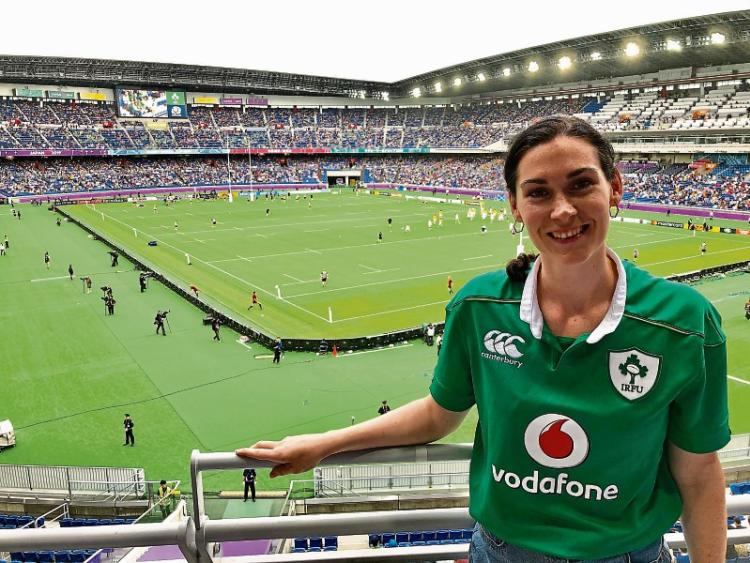 Arriving in Tokyo on September 15, it was hard to find too many signs of excitement or even acknowledgment that the Rugby World Cup 2019 was kicking off later that week.

But maybe that shouldn’t have been a surprise given the size of the city — the most populated in the world — and the fact that it is already gearing up for a much bigger event, the 2020 Olympics.

However, scratch the surface and we soon found out that Japan is home to lots of rugby fans ready to embrace the World Cup.

After some time spent exploring Hiroshima and Miyajima, it was back to Tokyo for us. We watched the tournament’s opening ceremony in the fan zone, lucky to get in before the queue started to grow.

The place was packed with fans from all over the world, but also lots of locals ready to cheer on their team against Russia.

It was a bit of a struggle, but they got the result they wanted and there were plenty of happy faces.

Two days later, on the day of Ireland’s first game against Scotland, we travelled to Yokohama, just 35 minutes outside Tokyo on the Shinkansen, Japan’s high-speed bullet train.

Green jerseys were everywhere, with a few Scottish kilts here and there. The Japanese were also out in force, with plenty wearing Irish t-shirts and jerseys.

We warmed up in the fan zone, located in a park beside the sea, which was a much bigger and better set-up than the fan zone in Tokyo.

Japanese families eating bento boxes with chopsticks sat beside international fans struggling to identify what exactly was on the menu, as a local band played some Irish traditional music on the stage.

A couple of hours later, it was off to the stadium on a jam-packed train for the main event.

The noise when we got off the train was deafening. There were people selling tickets, drinks, pictures with guys dressed up as Samurai soldiers, and a load of volunteers telling us where to go.

Inside the stadium the fans were in flying form, and we were kept well entertained with karaoke on the big screen and Mexican wave attempts.

Once the game kicked off it got even better than we could have imagined.

We kept waiting for the Scottish fightback, but it never came, and you could see the Scottish fans getting more and more deflated.

The Fields of Athenry boomed around the stadium and even as the rain started to get heavier nothing was going to dampen our spirits.

The Japanese fans in our section looked a bit amused by our excitement — but were too polite to comment... though one man got a lot of attention when he told his Irish neighbour he had a ticket for the final.

They likely weren’t thinking that less than a week later they would be celebrating beating us.

That night, Yokohama was green, and despite the rain that continued to fall, we celebrated into the night.

Some had tickets for the rest of the pool games, some had bought them for both potential quarters finals just in case, and some, like us had already had our World Cup experience — and it was worth the journey.