Brewin up a storm 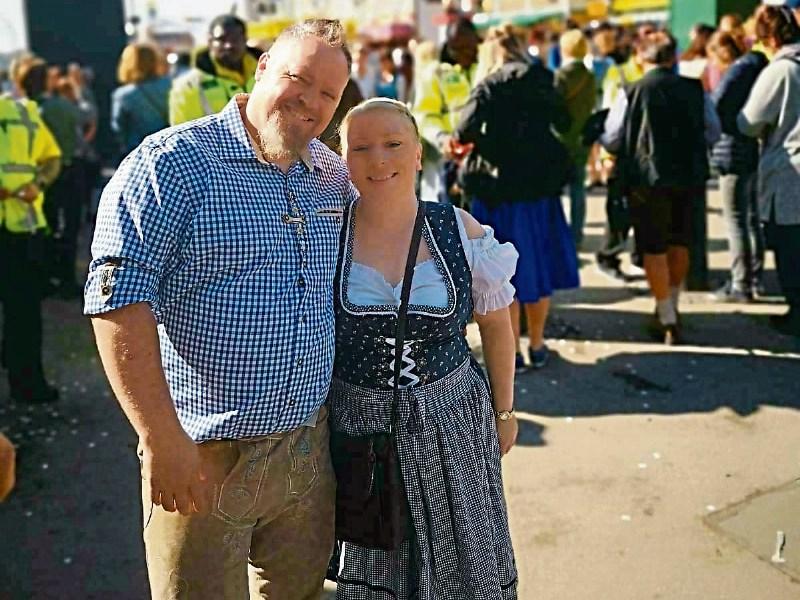 Considering their reputation for excellent timekeeping, it’s rather strange that a German celebration called Oktoberfest takes place in the middle of September.

There are historic reasons for this. The origins of Munich’s fortnight -long beer and sausage festival go back to 1810.

The nuptials of Crown Prince Ludwig I of Bavaria and Princess Therese of Saxe-Hildburghausen was set for on October 12 that year, but the festivities commenced well before the wedding day.

Each year since 1950, the festival opens with the same traditional ritual: a twelve-gun salute and the tapping of the first keg of Oktoberfest beer at 12pm by the incumbent Mayor of Munich with the proclamation “O’zapft is!” (“It’s tapped!” in the Austro-Bavarian dialect).

Then the mayor gives the first litre of beer to the Minister-President of the State of Bavaria.

Every year, Munich welcomes up to seven million visitors to the city during Oktoberfest — that’s more than four times the city’s total population, and during the celebrations almost eight million litres of beer will be served.

During the festival, only beer brewed within the Munich city limits can be served. There are six permitted breweries which can serve their beers — namely, Paulaner, Spaten, Hacker-Pschorr, Augustiner, Hofbräu and Löwenbräu.

These beers must also follow the Reinheitsgebot, which are the purity laws which governed beer production in Germany.

Before the 19th century, and the introduction of modern artificial refrigeration, Bavarian lager brewers discovered that if they made their lagers during the late winter or early spring, and cellared them until autumn, these beers, kept in cool conditions, produced wonderfully crisp, fresh, flavourful drinks.

This production timeline set the framework for the creation of Märzen: malt-forward, full-bodied lagers with a hint of sweetness — the perfect transition beer from crisp summer brews to rich, full-bodied beers best enjoyed as the nights grow longer.

This week we encourage you to embrace the spirit of Oktoberfest and enjoy an Oktoberfest-style beer.

These seasonal brews are full-flavoured, bursting with malty sweetness, enhanced by with hints of fruit and nuts and balanced with hops.

If you want to try some of these delicious beers, Urban Brewing’s Oktoberfest at CHQ in Dublin runs until October 5. They have a crated selection of German beers and some special brews lined up for the occasion, including Fiestbier, a classic Bavarian style lager that’s light and finishes dry; a classic Marzen and a fruity, phenolic Bavarian-style Weissbier.

Urban Brewing have also designed a delicious menu of Bavarian-inspired food to compliment the special beers from that region. You can somple some handmade bratwurst sausage and pulled pork shoulder.

Closer to home, Kildare’s own Rye River have released a Kölsch for their Oktoberfest celebrations.

This traditional German beer style originated in the city of Cologne.