KILDARE CYCLING COLUMN: We need cycling lanes, not encouragement to use them 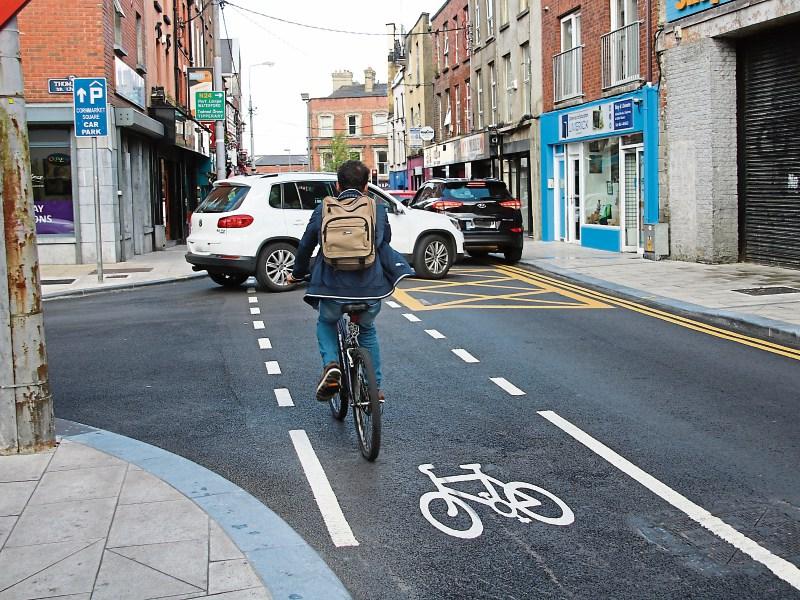 A Dutchman, married to a cousin of mine, was telling me recently that when he was a young fella, say 13 or 14, a common thing to do back then was cycling touring.

They didn’t necessarily call it cycling touring back then. It was more of a, “sure let’s head off on the bikes now that we have our summer holidays”.

He is originally from the south west of the country, near the Belgian city of Antwerp, and his trips could bring him as far as Groningen, a distance of about 300km away.

Sometimes they would take the train home, sometimes not.

Obviously, it being the Netherlands, there were cycling lanes the whole way and it was a perfectly safe thing for teenagers to do.

The point being, for a variety of reasons, cycle touring in the Netherlands is a well established pursuit, accessible to many.

And also, bear in mind, that was 35 years ago. The Netherlands spends €650 million a year on cycling infrastructure these days, with studies estimating that the effect on the health of the nation translates into an economic benefits of €19 billion per year, which, although I did pass maths in the Leaving Cert, sounds like a pretty good return on investment.

In 2009, it was estimated by Bord Failte that cycling tourism was worth €97 million to the Irish economy. I don’t have updated figures, but seeing as things like the Cycle to Work Scheme and Greenways were only really starting to filter into the public consciousness back then, it’s probably safe to assume that a decade later, it’s considerably more than that.

This is, mind you, in an era before cycling tourism in Ireland, or along the Wild Atlantic Way is not marketed.

In Switzerland, in 2011, cycling tourism accounted for 7.9 million overnights, which is, I understand, the holy grail of the tourism industry. If we assumed that each one of those overnights equated to €50, that’s €400 million a year. I suspect it’s considerably more because if the B&B or hotel cost €50, then it’s safe to assume the cyclist also spent, perhaps, another €25 or so on food and other touristy things during the day.

That’s where, I think, the government would like Ireland to get to eventually, and this is why a map of the National Cycle Network, a plan that dates back to before 2009, looks so good you’d kinda wish it was in fact our motorway network.

That’s not to say the government is prepared to invest in upsetting motorists by making them share more of the road with cyclists than they already do.

Although, to be fair, it’s coming, albeit much slower than anyone would like.

What I have always found most interesting — among the many interesting things — about the Great Western Greenway is that while it attracts numerous tourists, both foreign and domestic, peak usage of it coincides with school times.

Why is that so interesting?

Because it wasn’t built with that in mind, and everybody, from those who dreamt it up, to those who built it and those who carried out the survey were most surprised to learn this.

It was a wonderful unintended consequence of building the greenway, but it points to a far greater lesson.

And that is this: If, for whatever reason, you build anything that looks like a usable, practical and safe cycling lane that suits people in their daily commute, they will use it.

They don’t require Bike Week campaigns, awareness days, financial incentives or anything else. They just need the bike lane to be built.

If good cycling infrastructure is built, they will find it and they will use it, without encouragement.

Why do local authorities insist on running surveys, scoping studies and awareness days?

Sometimes you get the impression that it’s a handy way of making it look like they’re doing something useful, without actually committing to doing anything useful.

Maybe local authorities are vastly over estimating the publics’ resistance or opposition to change.

I know that a large corporate entity can’t lift a finger without commissioning some sort of official research that shows the necessity of the thing.

But if something has worked really well in thousands of cities and towns around the world, it's fair to assume it will work well in Kildare.

In New York, before installing cycling lanes, it was estimated that 80% of the people on the streets were not motorists, and yet motorists took up the vast majority of the space.

So the obvious realisation was that the only real piece of research information they needed to drive on with cycling lanes was that it would suit the vast majority of road users.

There you go, that’s all you need. Drive on!