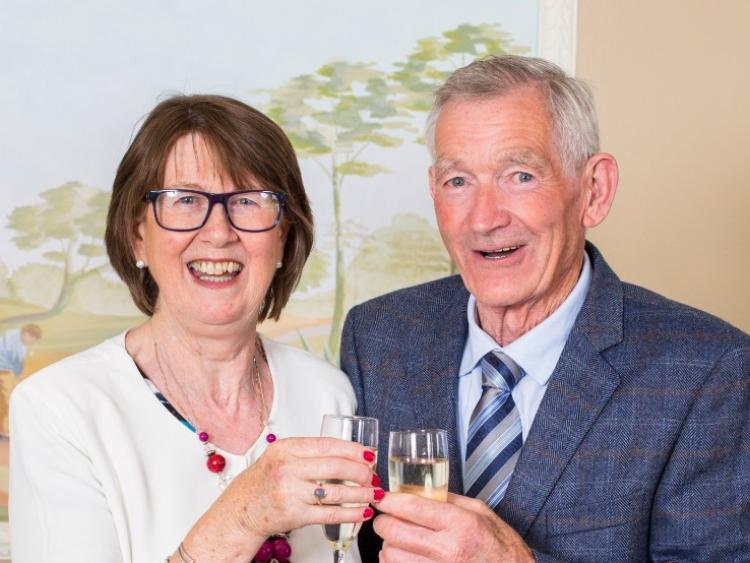 Tommy and Ann Heffernan from Timahoe, Donadea recently celebrated 50 years of marriage and had a wonderful break with family in Dromoland, Co Clare to mark this milestone.

They met in Staplestown in the 1960s at the hops, which were run by a youth club.

The club was set up by a few of the local teenagers including Ann, with Fr O’Malley as their President.

After going out for a few years they got married in August 1969. The ceremony was in St Benignus Church in Staplestown carried out by Fr O’Malley, who was curate in the parish at the time.

On the day Ann was given away by her brother Jerome, and her sister Carmel was by her side as bridesmaid.

Joan Casey was flower girl and James Heffernan was best man on the day for Tommy. Along with the job of being bridesmaid Carmel also made the bridesmaid and flower girl dresses for the occasion.

Ann recalls they had 90 guests at their reception afterwards which was held in the Downshire House Hotel in Blessington, Co Wicklow.

Later that evening they were dropped to the train station by John Cosgrove and were Galway bound for their honeymoon in Salthill.

They went on to have four daughters Fiona, Lorraine, Catriona and Anita.

And as they say their grandchildren are the joy of their lives. 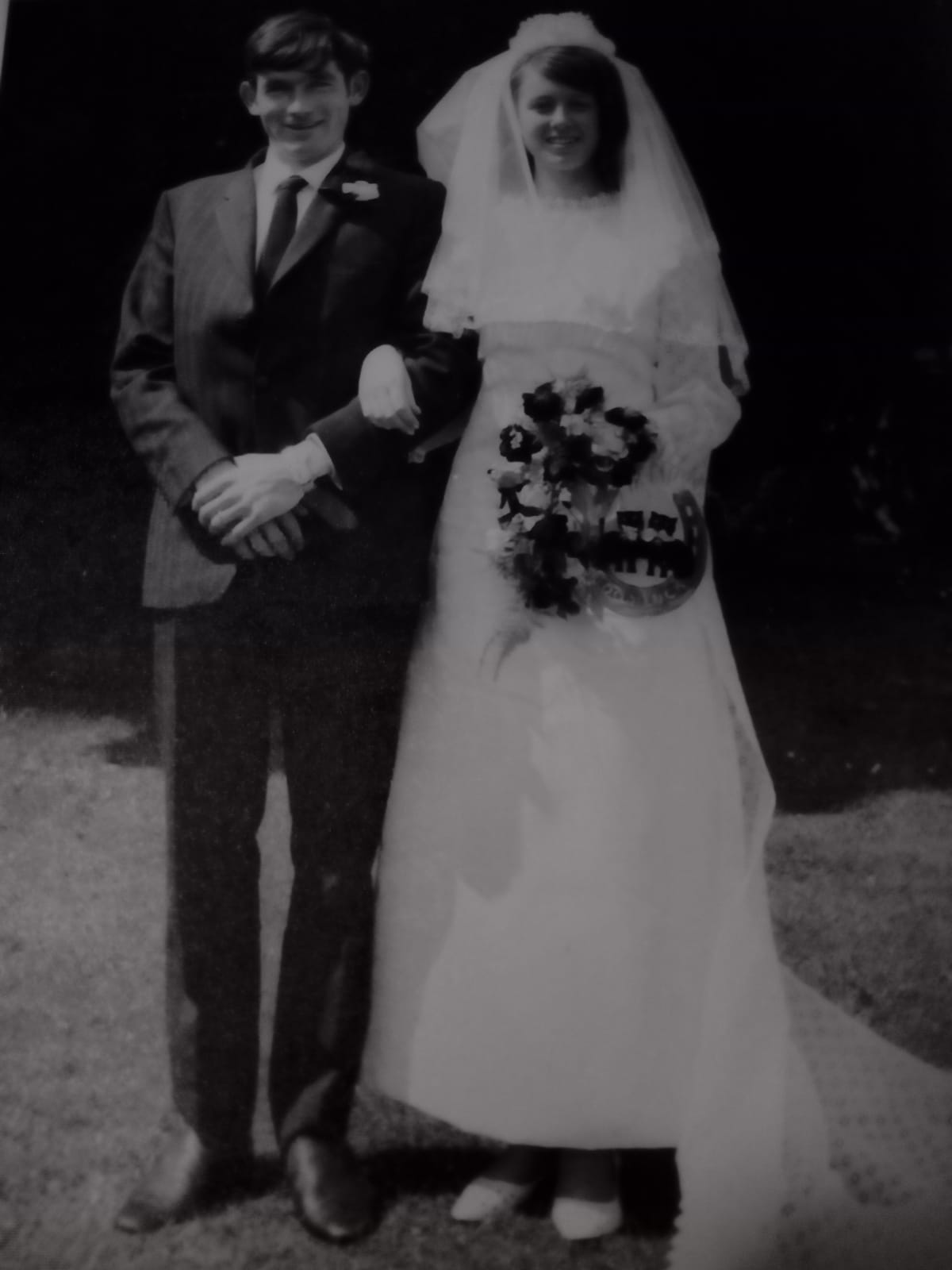 Tommy and Ann Heffernan getting married in August 1969 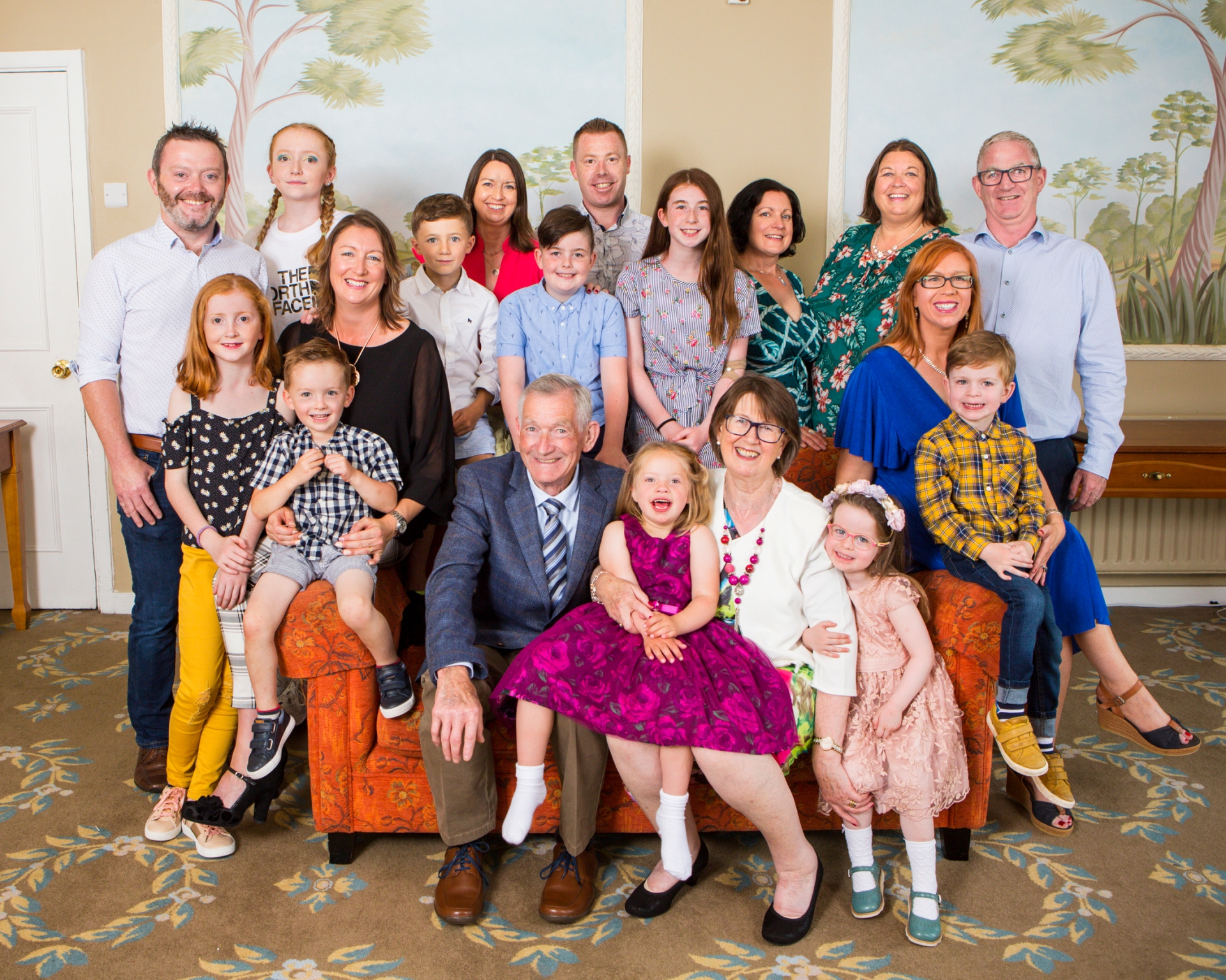 Tommy and Ann with their children and grandchildren