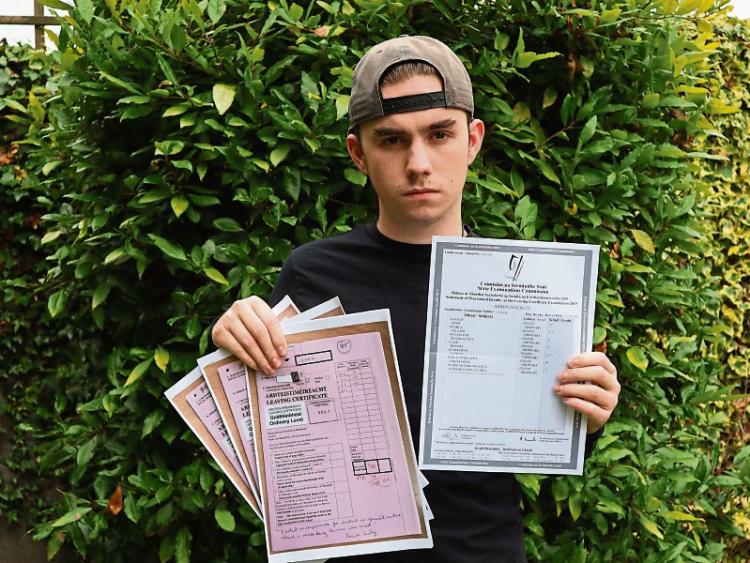 The mother of a Clane student said she is angry at how Leaving Cert examiners failed to read two memory disk which her son used to sit exams.

Barbra Hackett said that due to a dyslexia-related condition, Aaron (18) was allowed to dictate his answers into an audio recording device and the content was then stored on a memory disk which was submitted with the exam paper.

His mother Barbra said: “When Aaron received his results earlier this month, it said he had failed both subjects, which he thought was unusual because he thought he had did very well in both.”

Barbra arranged to view the scripts and she found that the memory disks for both exams hadn’t been taken out of sealed envelopes attached to the exam papers.

She said: “I just couldn’t believe this when I saw it. What happened was that the examiner marked Aaron on rough hand-written notes he had made and hadn’t bothered to read the disks.”

She added: “We instantly lodged an appeal and got the results. His results went from two Grade 7s to a Grade 2 and a Grade 3.

“I can only say that I’m delighted for him, but extremely angry and frustrated at an education system that has, yet again, let him down!

“The entire incident affected him greatly because he didn’t go celebrating with his friends, as should have been the plan.

“He then had a very anxious wait to see if he would get accepted on his course as he didn’t have one of the results he needed.”

Aaron is now happily studying a course in the Ballyfermot College of Further Education.

The (SEC) said it was unable to comment on individual cases, but in an email sent to Barbra, an official said: “Every year the SEC examines almost 2 million individual components in the Leaving Certificate, Leaving Certificate Applied and Junior Certificate examinations and while we would clearly like to have a situation where every result issues without difficulty, it is a reality of this type of examination, coupled with the risk of human error, that problems do occur in a small number of cases each year.

“I regret that incorrect results issued to your son Aaron and I have now prepared an amended statement of provisional results for him which I can send to the school or directly to him...”

The SEC also said it provides each candidate with the facility to appeal the grade they have been issued for any given subject.

A general statement added: “Although the SEC has a range of procedures in place to enhance reliability and to minimise error, it is an unfortunate fact that errors do occur from time to time in the course of the marking process. Indeed, it is acknowledged in examination systems all over the world that some level of error will occur ...”