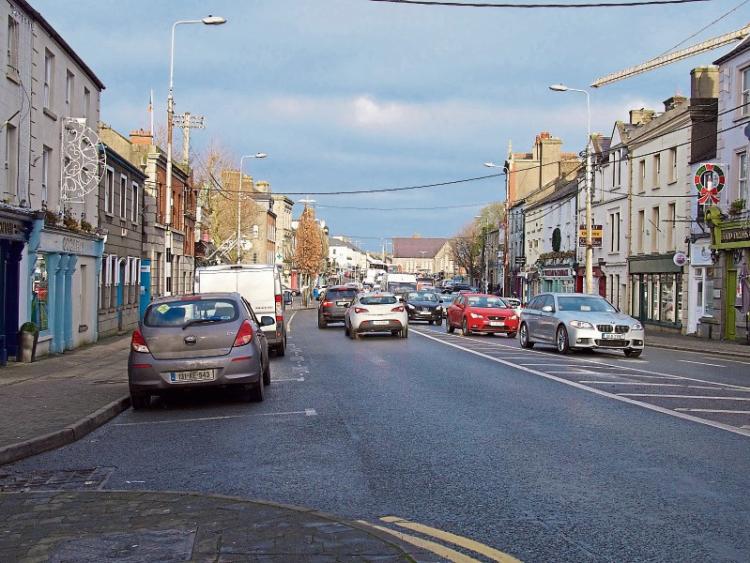 Out of town commercial development in Naas should be discouraged.

That’s according to Cllr Bill Clear who believes a number of initiatives could be implemented to enhance the vibrancy of the town centre.

This follows concerns raised by the Office of the Planning Regulator (OPR). One of the OPR’s functions is to assess the forward planning of county councils as well land zoning decisions made by councillors.

“I am only interested in development that is sustainable by way of transport and facilities,” said Cllr Clear.

He added that cycle routes and walkways must be prioritised and should be created to facilitate creches and doctors’ surgeries and “pedestrian and bicycle access to the town centre is a must.”

The OPR has called on Kildare County Council to amend its local area plan for Naas (LAP) 2019-2023 after expressing concerns that increased development is being facilitated on the fringes of the M7 motorway at the expense of the town centre.

The OPR is concerned that the LAP is continuing the trend of development near the motorway.

According to the OPR, evaluation of the LAP showed “a sustained shift towards the M7 motorway in recent decades” in terms of town development and this had resulted in a “weak town centre”.

The regulator acknowledged that KCC had identified the challenge of capitalising on Naas’ strategic economic role as a self sustaining urban centre while moving away from unsustainable form of development.

But it’s also been pointed out that housing sprawl around Naas and an excessive focus on development near the M7 “would draw car-based economic activity given the distance of the town from where people live.”

It also said new land zonings proposed in the LAP for areas close to the motorway were mainly accessible by car rather than public transport and were in locations not attractive for walking or cycling.

This means it is likely that new development will add to traffic levels and more car users.

They said this will undermine attempts to build a stronger and vibrant town centre and “would lead to the lopsided development of Naas.”