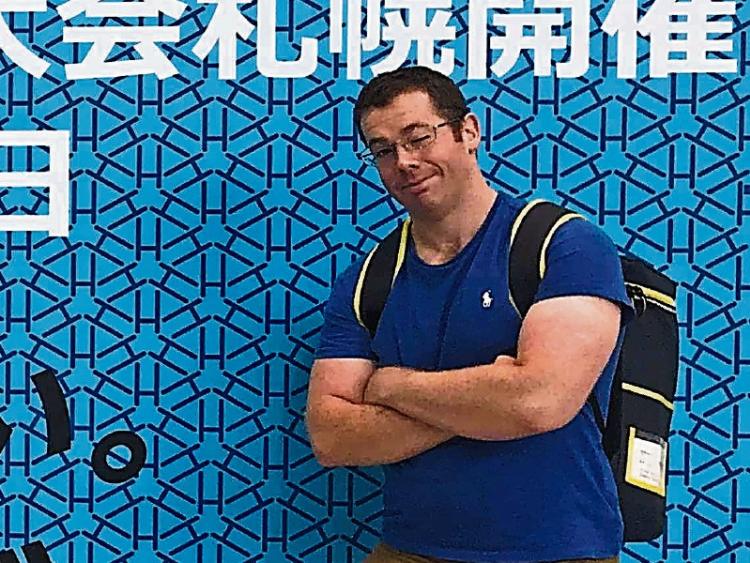 Rathangan man Stephen Conway has been appointed liason officer for the Canadian rugby team in Japan.

Having attended DCU and DIT, he originally qualified as an engineer but now teaches English in a university in Sapporo, a city in the northern island of Hokkaido.

His dad Leo and mum Peig are hugely proud of their son.

“He is married to a Japanese girl and he speaks fluent Japanese which is pretty essential for his work with the Canadian team. We were delighted to hear about his new role,” said Leo.

Fans at home might get a glimpse of Stephen if the cameras dwell on the support staff during the competition.