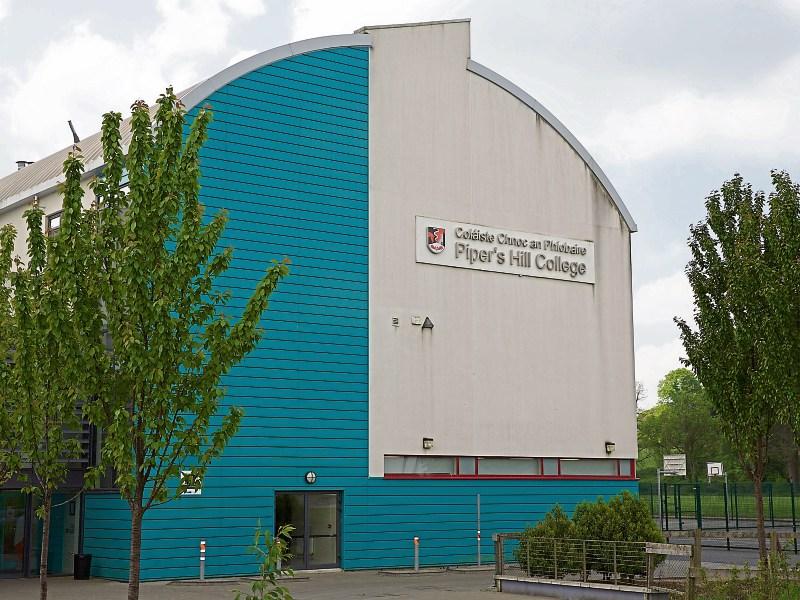 The situation at the Piper's Hill campus in Naas is indicative of a failure to either consider or implement a cycling component as part of a traffic mangement system there.

In case you haven’t heard, there’s a bit hullabaloo on the Kilcullen road where the school community and county councillors are concerned at traffic delays.

Piper’s Hill College, with around 1,000 students, is the biggest single school but the campus is also home to Gaelscoil Nas na Riogh, St David’s National School and students from Naas Community College are also being accommodated there, which brings the student population to about 1,600.

And presumbably there are probably another two or three bundred people employed up there as well.

There are two issues at stake. One is that a second entrance to the campus is required, according to those who work there.

Secondly, a car park on the campus was closed, apparently for child safety purposes.

In late August, a barrier system was installed to manage the flow of traffic through the site and grounds of ETBI, which has offices on the Piper’s Hill Campus.

This is intended to ensure that only authorised personnel are allowed vehicular access onto the ETBI site, a spokewoman told the Leinster Leader at the time.

“Our insurers identified the management of traffic flow in the ETBI car park as a high risk for the organisation with significant health and safety concerns associated with unauthorised use of the area in particular as a set-down and pick-up facility for children attending two local schools.”

The effect of it is that “parents have nowhere to safely stop and drop off their children and this is causing major traffic issues in the morning and as a result parents are dropping children off in undesignated parking places and dodging through the now increased traffic to get their child to school” one parent told this paper.

As this was all happening I was speaking about it to a person who lives in Naas, on the Kilcullen road, which is the same road as Piper’s Hill.

The person admitted that they drove their child to the school every morning, which took 20 minutes.

They rolled their eyes and bemoaned the waste of their time.

The person lives 1.3kms away from the school.

I worked it out that it would six minutes for the child to cycle to school, at no loss of time or petrol to their parent.

Walking would have taken the child about twice as long, still considerably shorter than the 20 minutes.

Bear in mind also that Piper’s Hill is one of the few school campuses with half-decent cycling infrastructure, or at least the road up to it has.

To be fair, the cycling lane doesn’t go the whole way to the campus, nor is it on both sides of the road.

It could be much improved.

Also, because the school is on the outskirts of Naas, the vast majority of either students or staff are within walking distance to it — although if there were proper cycling lanes throughout the town there is no good reason why they couldn’t use them.

But there is more to this. Clearly there is an unwillingness somewhere along the way preventing kids from making their own way to the school.

Something more needs to be done to encourage people to let their children cycle to school.

I would argue that chief among those measures would be the completion of a comprehensive network of cycling lanes.

But at the same time, Piper’s Hill Campus could do more, in two ways.

They could provide an adequate number of proper cycling parking spots.

And they could deliberately make it even more unattractive for parents to drive their kids to the school, and make a point of explaining that it is being done for that particular purpose.

It’s radical and it will annoy an awful lot of people, but it might just work.

Either way, there's a reality up at Piper's Hill Campus that cannot be ignored.

It has the guts of 2,000 people attending daily, and is only expanding.

It needs a plan, and it needs it quickly. And that plan needs to look to the most efficient ways of transporting rather than the least efficient.