LONDON EYE: A Kildare faithful in search of rugby’s field of dreams 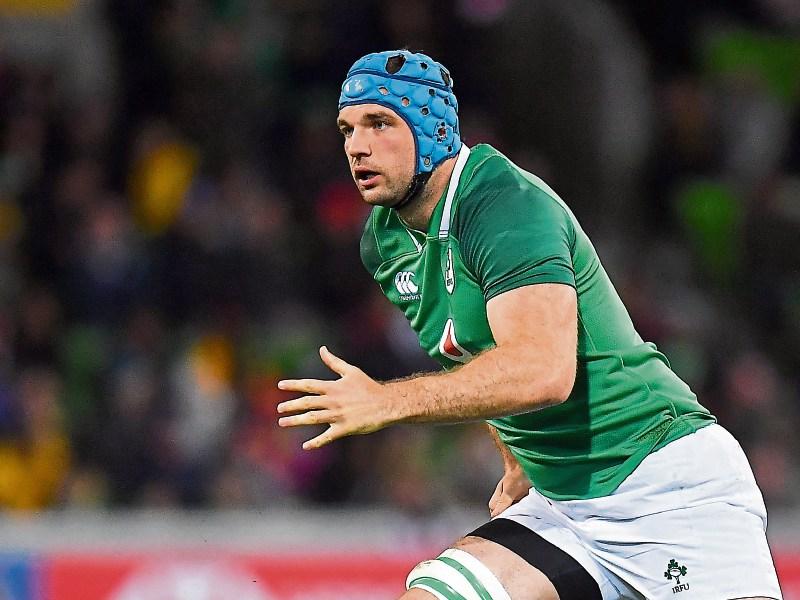 I’ve been following Ireland and Irish rugby teams abroad, on and off since the late 1990s.

My first ever away trip was to Edinburgh in 1999. We drove the McArdles’ Toyota Carina II through Julianstown, Belfast, Stranraer and then parked it up outside the castle for the weekend.

Scotland were a decent team then. Gregor Townsend was one of the best out-halfs around and he owned a pub in the Grassmarket.

I remember the late great Con Houlihan sat up the front of the bus on the way from Murrayfield to Townsend’s place. Ireland’s Keith Wood was sat up at the bar with Stephen Walsh, then hooker with Naas U20s, parked up close by. There was a fella playing full-back for Scotland that day called Rowen Shepherd. He was in the bar with his dad after the game. He signed my jersey.

His old man signed it too.

And I can’t write these lines and not think of the lyrics — the Vengaboys are coming. We Like to Party played on loop in Berties’ nightclub.

The same year, Ireland played Australia in Ballymore ahead of the World Cup in England. That’s Ballymore in Brisbane not Eustace.

T-shirts everywhere paid homage to an arena made famous because one end of it was a grass bank.

Ireland were hammered again and we took it lying down on the grassy hill.

In 2001 we hired a bus. A lad from college, Donal Duggan, organised one to come up from Thurles. One of his sidekicks was known as Barry the Baptist, a nickname I’ve never forgotten.

When we arrived in Wales and the main road from Holyhead to Cardiff was diverted. It was a four-hour detour of winding roads and beer stops. We didn’t have a clue where we were going. Nor did the driver.

“Where are we Jimmy?” came the question again and again. “I don’t know son, I don’t know,” he replied.

With the coach struggling up a steep hill, Guff Byrne from Kilcullen asked: “Why is there smoke coming from the back of the bus, Jimmy...?” “I don’t know son, I don’t know...”

We laughed. Jimmy too.

He came out with us that night dressed in a tuxedo. There he was stood in a packed Prince of Wales pub in Mary Street, patting away perspiration with a hanky between gulps of Guinness.

The only other person I saw wearing a tux in Wales that weekend was Mick Galwey, who had lined out in the Millenium Stadium. Galwey wandered into a chip shop at 2am with the neck-tie pulled loose. We jostled so we could watch him eat his snack box.

We travelled from Naas to Bath in 2006 and Brian O’Driscoll dazzled in Leinster blue. After the match a Naas foursome played a group of supporters from Bath, out on the same pitch where Leinster and Bath had just played. We drew.

Covered in mud, we bumped into a local rugby referee from Naas leaving the stadium. Against his will, Brendan Lynch ended up in the middle of a ruck that rumbled down the High Street.

In Gloucester in 2007, Jamie Heaslip captained Leinster for the first time. After the game he met up with the McGraths from Rathasker and I got a loan of his jumper to disguise my jersey because the nightclub wouldn’t admit anyone wearing colours. I only knew him to say hello to. Just like now.

For the rugby World Cup in France in 2007, I flew to Dusseldorf with Cian Walsh and Rob Walsh from Newbridge. We hired a camper van and headed to France via Holland and the beaches at Normandy. It was the cheapest route, then I ended up paying €280 to watch Ireland lose to France.

The afternoon Munster won the Heineken Cup for the second time we travelled with press tickets but no accommodation. For part of that night we rested up in a broom cupboard on the top floor of the Marriott Hotel in Cardiff. This accommodation issue was still unresolved when Ronan O’Gara kicked Ireland to a Grand Slam in 2009.

At two in the morning, four of us got a taxi from Cardiff to London. The driver dropped us off at Heathrow Airport... just in time to catch the 5am Tube into the city.

On the eve of another tournament, the continuation of this Kildare rugby thread abroad is the only guarantee.

Robert Mulhern is a journalist contracted to Sky One in London