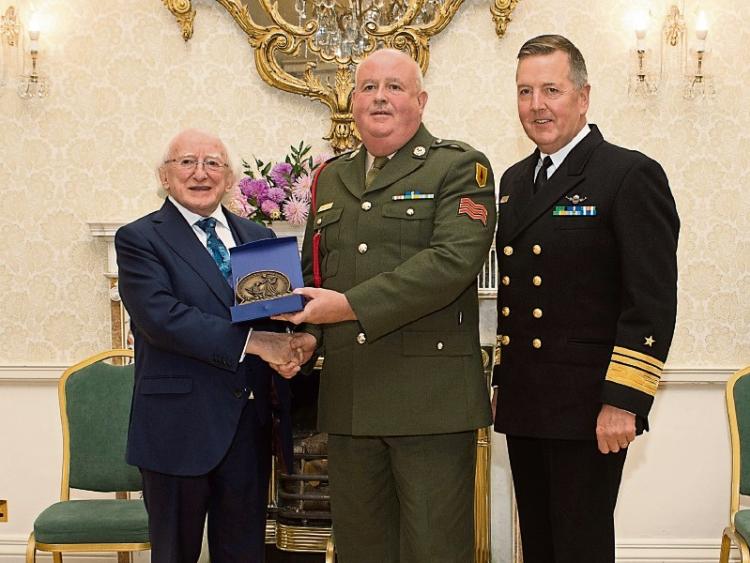 The Supreme Commander of the Defence Forces has presented awards to two Newbridge military personnel for their exemplary service to the State.

Recommended by their peers, these personnel were chosen as those who best exemplify the values and standards of Óglaigh na hÉireann.