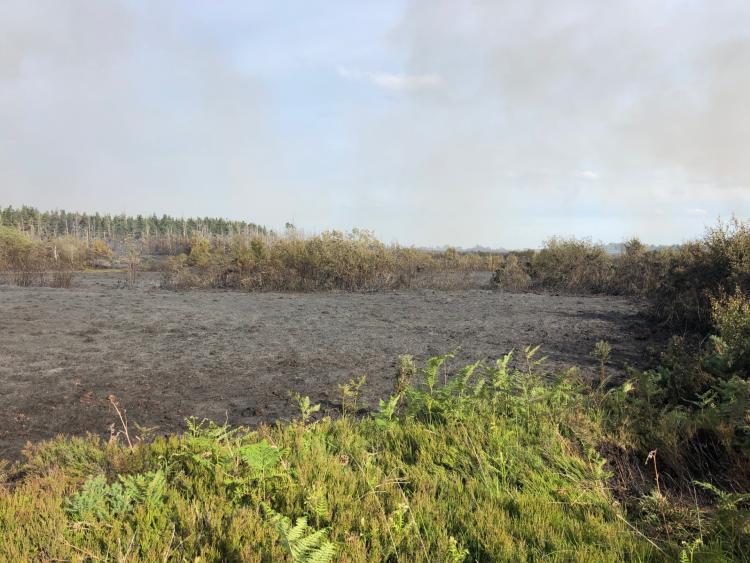 An Bord Pleanala has backed a decision by Kildare County Council to refuse planning permission to reopen, to domestic turf cutting, a Kildare bog that was closed 25 years ago .

An application, in the name of the Minister for Culture, Heritage and the Gaeltacht, Josepha Madigan for a 4.6 hectare at Coolree Bog, intended to reopen the bog close to both Ballynafagh lake and Ballynafagh bog, both of which are Special Areas of Conservation (SAC).

The aim was to provide turf cutting facilities for people who had been instructed to stop cutting elsewhere. Prior to the cessation of turf cutting 25 years ago, it had taken place in the area for several hundred years.

Kildare County Council turned down the application on the basis that "reactivating the use of the site for turf cutting would lead to further degradation of the County’s peatlands", would set an undesirable precedent for similar proposals on inactive bogs and would be a traffic hazard and an obstruction of road users.

Kildare County Council planners noted that the site of the proposed development had appeared to have regenerated itself over the period since extraction ceased and now supports a variety of species and ecosystems that contribute to the unique biodiversity of Kildare.

They also noted that permitting the proposed development would lead to a loss of the natural landscape character of the area, with a consequent negative impact on the habitats and ecosystems in the area.

In their appeal, the Department claimed that Kildare County Council was being blinkered.

Noting that the proposal was part of a relocation process, they said the council “appears to have concluded the proposed development will increase the amount of turf cutting within Co. Kildare, which is not the case.

“A small number of turf cutters that were actively extracting peat from the protected bogland will carry out turf cutting on an alternative bog in agreement with the Department of Culture, Heritage and An Gaeltacht.”

The report from the An Bord Pleanala inspector noted that, on the basis of best scientific knowledge the proposed development would not adversely affect the integrity of the Ballynafagh Bog SAC or Ballynafagh Lake SAC. However the inspector believed the re-opening of an inactive bog would contravene policy as a balanced approach to the peatlands

Following the decision from An Bord Pleanala, which was announced earlier this week, An Taisce is calling on Minister Madigan to explain what they’re calling an “exposure of systemic policy failure in the Department of Culture Heritage and the Gaeltacht in relation to climate action and peatland protection”.

An Taisce says it has consistently argued that the appropriate compensation for peat-fuel-dependent households who were required to cease use of their bog plots is the provision of insulation retrofitting and installation of renewably sourced electric heat pumps.

“Instead, the Department has initiated an ill-advised financial compensation scheme, and the provision of new peat cutting plots for those not accepting the payment.”