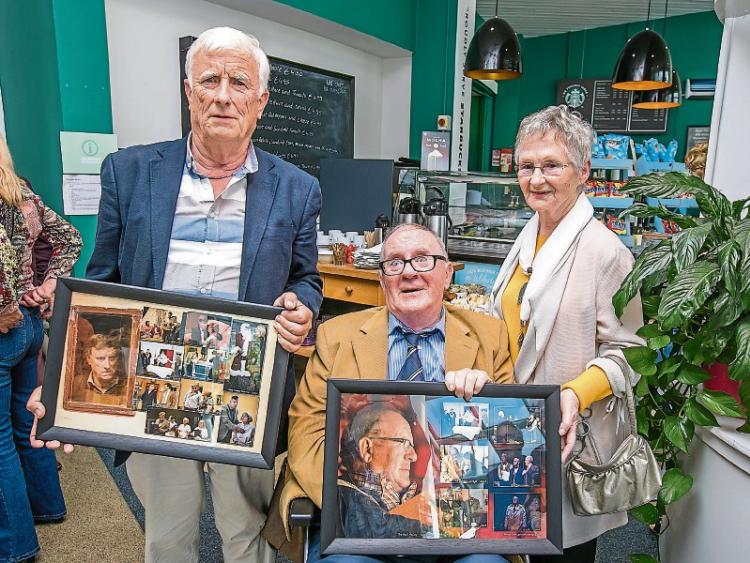 “Bro Michael is a retired Patrician Brother and school teacher in the Patrician Primary In Newbridge. He has been involved with NDG for many many years,” said a group spokesperson.

“During which time he has directed our productions and also been on stage. Two come to mind, Big Maggie in 2005 and more recently Our Town in 2015.

“He had a stroke in recent years but that didn’t put a stop to his involvement, he loves nothing better than coming to any night out or play. We are delighted to see he still wants to be a part of our group.”

She added that Tom Berwick is also a long standing member.

“He was part of the cast of The Cripple of Innishmaan in 1999 and Philadelphia Here I come in 2001, to name two productions,” she said.

“He’s also been very involved in construction of many sets and since his retirement he’s passed on the ‘hammer’ to his son David.”

Speaking prior to the presentation which was made last Saturday in the Riverbank Arts Centre, she said; “We are delighted to be giving these two great stalwarts a lifetime membership in recognition of their wonderful contributions to local theatre.”