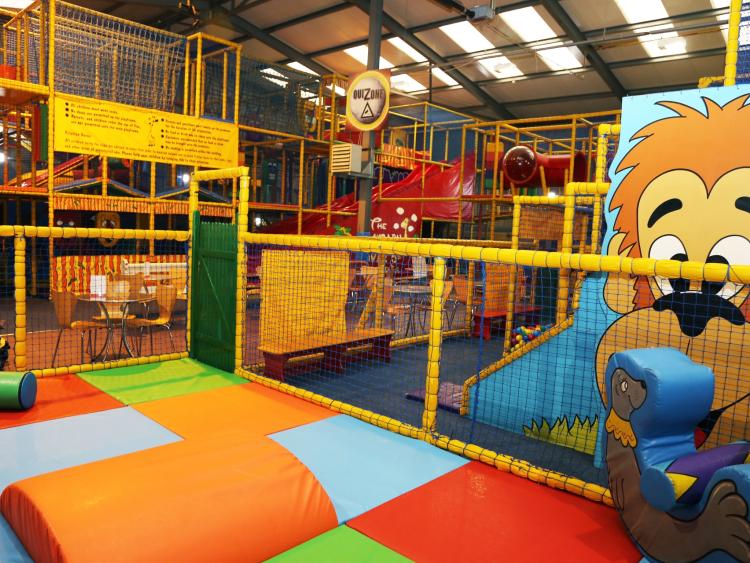 Play centres, such as the Playbarn, pictured left.

The announcement in recent weeks of the closure of Newbridge’s Spin Activity Centre has drawn attention to the cost of insurance for facilities like it.

Management at the centre announced their closure on August 25 last, citing “an inability to get a renewal on our insurance policy”.

They said that they would attempt to get alternative cover, and had been trying for the previous six weeks since they were informed that their insurer for the last three years, Leisure Insure, along with a number of other leisure insurance providers, have now completely withdrawn from the Irish leisure market.

In a statement on social media, they noted that despite already paying very high premiums and not having a single claim in three years, they had been unable to secure a quotation.

“The closest we have come so far is ‘a possibility of cover’ at a price of approximately €100,000 per annum which is more than four times what we have been charged to date.”

The news highlights what many leisure-type organisations all over the country. Some have paid more; some have ceased operations temporarily in the search for an affordable insurance policy, or permanently; and some have self-insured.

Owners of local leisure facilities say that  in essence, for a variety of reasons, it is far too easy to get money from a claim, bogus or real.

Andrew Kearney of K-Bowl, David Clinton of Tricky Ticksters and Kieran McAtamney of Playbarn in Johnstown say the legal profession bears some responsibility for the high costs, as does a lack of consequences for people who perjure themselves during the course of a case.

Prosecutions for perjury are so few and far between that they do not register an actual statistic in the Courts Service, a spokesperson explained, adding that it is a hard charge to prove. However, Minister for Justice Charlie Flanagan is preparing a new Bill that would place perjury on a statutory footing.

Mr Kearney felt strongly that insurance companies pay out too easily and don’t keep him informed of the outcome of cases. Both he and Mr Clinton noted that a person’s duty of care to themselves and their children was rarely taken into consideration.

Last Christmas Mr Atamney gave his staff notice of closure but managed to avert that after he secured a Slovakian underwriter for the business for a premium of €36,500.

“It means I have to make €3,000 a month before I can open the doors,” he said, admitting that the company is just existing for 2019, with the hope that by 2020 he can access cheaper insurance through PALI.

Right inside the door of Tricky Tricksters Magic Castle, a large children’s play and leisure facility in Ladytown Business Park, a potential customer is bombarded with signs and notices, making it clear to them what they can and cannot do.

Patrons are advised not to run; to confine themselves to eating in the cafe area and only food purchased there.

All patrons are handed a copy of the rules, and they must sign themselves and their children in, stating their names and ages and signing a form that indemnifies the owner of the premises from any injury incurred while they’re present.

Owner David Clinton says that he makes sure that everyone who enters signs it.

And it doesn’t matter how often they come to Tricky Tricksters, they will be required to sign in.

Staff members control access doors to the play area, and the rules state clearly that if people are misbehaving they will be asked to leave.

He explains that he makes a point of doing all this to concentrate the minds of parents, to make sure they understand that this is a place with rules that he will enforce.

“But when it comes to court, I may as well...” and he pretends to tear up the rules sheet.

It doesn’t matter, he explains, how much you get people to read the rules, and sign something indemnifying him, even in the event that they are blatantly disobeying the rules — in the courts, the experience is that the liability rests only with the owner.

This, and several other reasons is why Mr Clinton and others have formed Play Activity and Leisure Ireland (PALI), which has banded together to get cheaper insurance and lobbies government to improve the situation.

The new organisation  has been established in recent years by the owners of play centres.

Payouts for compensation claims in Ireland are four times as much, on average, as they are in the UK and on mainland Europe.

That makes it difficult for the play centres to get insurance.

By banding together, and in association with an insurance broker in Dublin called Glennons, the PALI members managed to get insurance at more reasonable rates.

In some cases it wasn’t just the cost of insurance that was the issue — although it was very high — it was difficult being quoted at all.

Part of the deal with the insurance policy being provided to PALI members is that they have all their ducks in a row in relation to safety provisions in their premises, as well as clearly stated rules and regulations, such as the steps taken by David Clinton of of Tricky Tricksters as outlined in the article at the top of this page.

PALI and the Alliance for Insurance Reform are campaigning at government level on a number of fronts.

They want to see the establishment of a garda fraud squad dedicated to tackling bogus claims.

Mr Clinton says that if a separate squad isn’t established he doesn’t mind so much, so long as adequate resources are provided to gardai to investigate bogus claims. He notes that in the UK, the insurance industry makes a financial contribution towards the cost of a dedicated fraud squad, although Mr Clinton says Irish authorities he has spoken to are not keen on that idea.

They also want to see reform of the Book of Quantum, which sets out recommendations for amounts for various common injuries. It is understood that the government is making moves in this regard, although both Mr Clinton and Mr Kearney believe it is too slowly.

Some of the bigger centres are starting to self-insure, employing their own solicitor and other experts. Anecdotally Mr Kearney says that in six out of 10 cases, prospective claimants tend to disappear once they hear that a proprietor is self-insured.

“But God, I don’t know if I could sleep at night going down that route!” he admitted.

NB: For the avoidance of any inadvertent confusion, with the exception of Spin Activity Centre in Newbridge, none of the play centres mentioned in this article have closed.