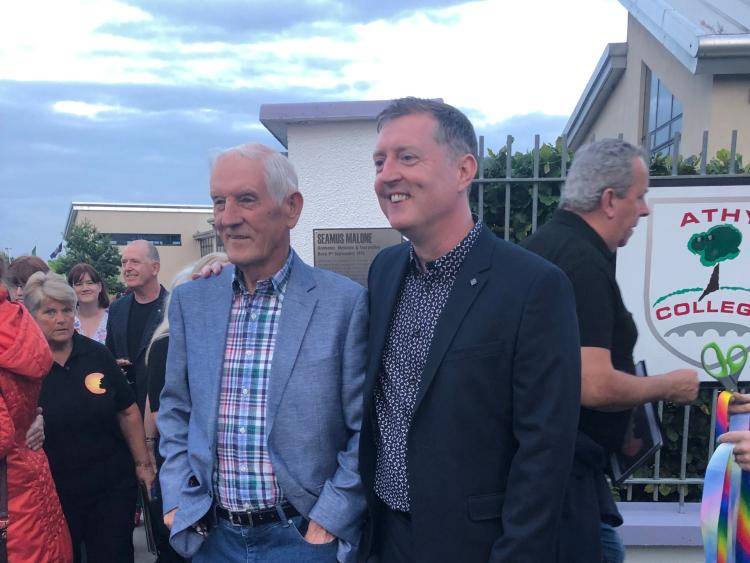 Athy man Seamus Malone was honoured last night by the Made of Athy Project.

From Barrowhouse Mr Malone is one of the most important animators working at the moment having spent many years working with Aardman, which produced, among other things, the Wallace and Gromit series, to developing Shaun the Sheep and more recently Watership Down.

His works have garnered an Oscar, Golden Globe, five BAFTA's and four Emmy's. Other films on his CV include Shrek 2, Creature Comforts, Flushed Away and Chicken Run.

The plaque was established outside the premises of his old school Athy College, and Richard Daly, the principal of the school, said it was a great privilege to have Seamus back. 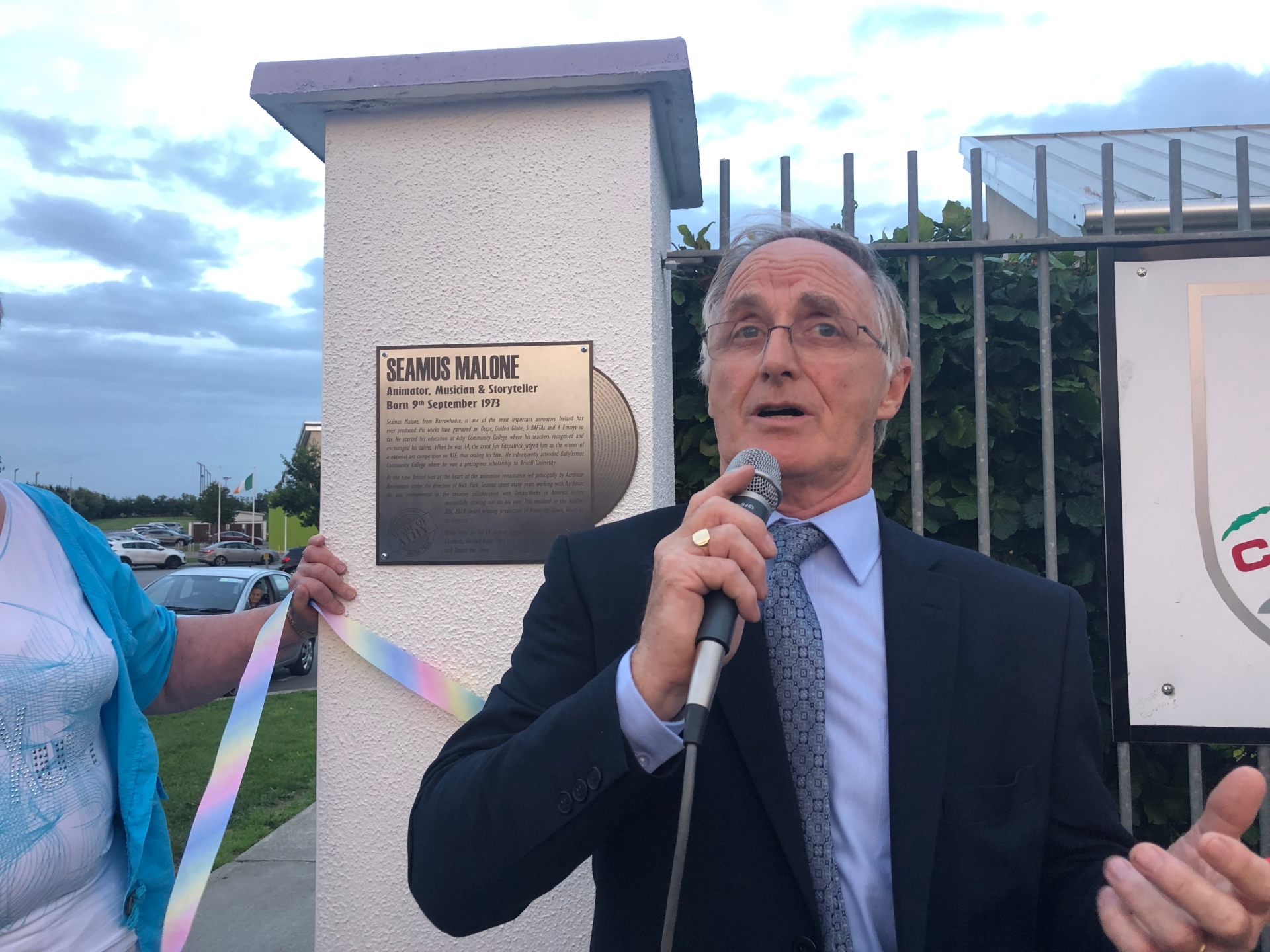 "It is really a privilege. When you see Emmy’s and Oscars associated with a past pupil it makes us feel very proud."

He referenced a previous visit to the school paid by Mr Malone. He came in and he did a workshop with us on how some of the ideas were created. I know of course that he borrowed all the ideas from me. We taught him everything we knew!

“It was absolutely enlightening and if he had stayed until 12 o’clock that night we would  have stayed to hear him.

“But I think he got a sudden calling for Frank O’Brien’s and we suddenly had to let him go.”

The Made of Athy Project honours figures in the entertainment industry who have a connection to Athy.

A local choir, Beautiful Noise, lead by Shane O'Sullivan sang the theme tune to Shaun the Sheep for Mr Malone at the unveiling, a moment he admitted was "a  little bit surreal".

He thanked his parents Jim and Mary as well as his sisters and his auntie Mary who had come all the way from Cork.

He paid tribute to the Made of Athy Project, saying "I always thought it was a fantastic idea, and I had no idea I was going to be involved in it, so I'm very privileged and honoured to be standing here now".

He spoke of his time in the school with fondness, saying that he was always encouraged by his teachers and friends to draw, "sometimes caricatures of the vice-principal and principal, and they in turn put them in the school magazine!"

He said he was 'egged on' by school mates but wouldn't mention names. "They'd kill me if I did!"

It was a time when we had fun sitting in class and it's a time I'd often think of even today when working on scenes and scripts and films, I think about characters from Athy and wonder 'how would they say that?'

"It's always been a place of inspiration for me.

"I'll go back to work next week and I'll be thinking about this for a long time. I've been to a lot of awards shows and stuff around the world, but this one is going to be number one!"