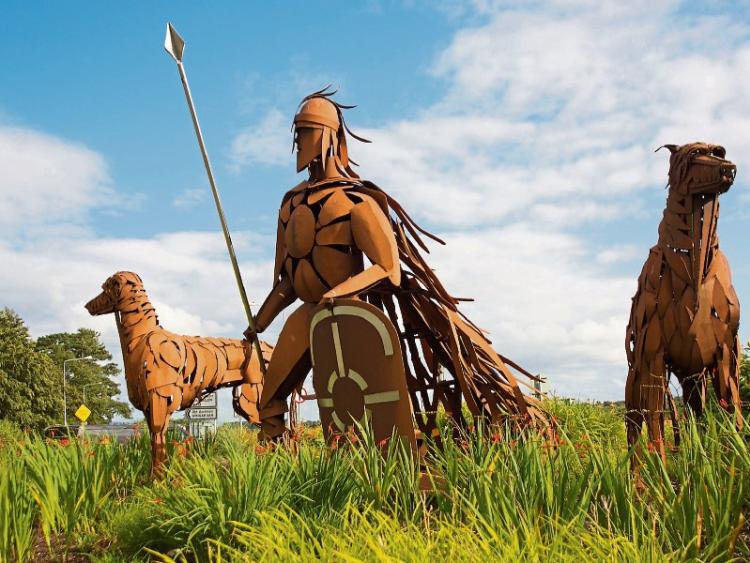 Johnson’s is the closest Newbridge pub to Naas. There was always some comfort in that because we were never fully committed to drinking in Newbridge.

After-match pints aside, it took a perfect storm of circumstances to even think about Swift’s on a Saturday night.

But then at least you could walk home from the Bauhaus empty-handed at 3.30 in the morning, and a solo taxi from Newbridge... well, it’s traumatic to think about even now.

At the opposite end of the town, Ballymany Stud was my last post heading south.

Stories of Shergar’s disappearance burned into my childhood memory, and I could never drive by without privately acknowledging that.

This left the town bookended by a high-profile kidnapping on one side and a place to make good an escape on the other.

That strange perspective of Newbridge is born out of the town’s relationship with Naas. Which one is the capital and which one is Canberra? It’s a strange joust across nine kilometres of road. And I don’t know if rivalry is the right word? Not in its purest sense, because the best rivalries feel genuinely competitive and in football, at least, Naas have lacked that key component.

The tone was set early. Because my first very personal experience was set against that context. It was a primary schools GAA match in 1988. Everything was going well preparation-wise, until word came through that Newbridge had player called Wolf on their team.

We thought it was a nickname paying tribute to some kind of ferocious quality and it scared the bejaysus out of us. We lost of course.

Actually we got hammered and Philly Woulfe would go on to have a great club career with Moorefield; his name a constant reminder of our footballing inadequacy when matched against the so-called second town on the other side of the Liffey.

Newbridge was the place my parents used to live; home of the Big Dunnes, the occasional big shop and the Dog Track. But sure didn’t we have Naas racecourse?

Then someone would point out that they could lay claim to the Curragh. If we had Donnelly Mirrors, they had the Irish Ropes and would go on to have Wyeth. On it went.

Which one you worked in was determined by where you were from. Surely there couldn’t have been any need for a CV? Just throw out your family tree there!

If we’d the Five Lamps, they had its doppleganger in Coffey’s on the main street. It always felt like they had more pubs, much more now and I’ve never had a pint in the best one — Neeson’s... or McDonnell’s Bar, as it’s actually known these days.

Mostly the sense of competition went unspoken, and then someone would turn up for a kick about wearing Newbridge College socks. They’d be destroyed.

The rivalry — and we are calling it that now — generally peaked at certain times of the summer. In the marquee sporting events, we couldn’t really compete with Newbridge.

Like I said they tonked us in GAA at school levels, at club level, at all levels.

But it seemed we were more able, more equal, even when the lights went out, after dark on the battlefields of Rosetown and Nijinsky’s.

Mercifully, I was too young to go, but mention these locations to a nightclubber of a certain generation and watch the combat fatigue lift.

A victory over Newbridge in any form was a victory like no other. But despite the geographic closeness it always felt like the towns sat beside each other like oil does water.

There’s that leaking from one to the other but never enough absorption to recalibrate the relationship.

It’s the other town. We’re the other town and the Red House used to stand in the neutral zone. Begrudgingly, it always felt that Newbridge had a more obvious personality too.

Set there beside the Curragh, with St Conleths in the middle, with the rich tradition of club football in a football county and far less Jackeens per square foot, outwardly at least it was more obviously Kildare; more Sydney than Canberra; more Rugged Island than Craggy.

I bet they’ve a Father Dick Byrne over there too.

Robert Mulhern is a London-based journalist contracted to Sky News