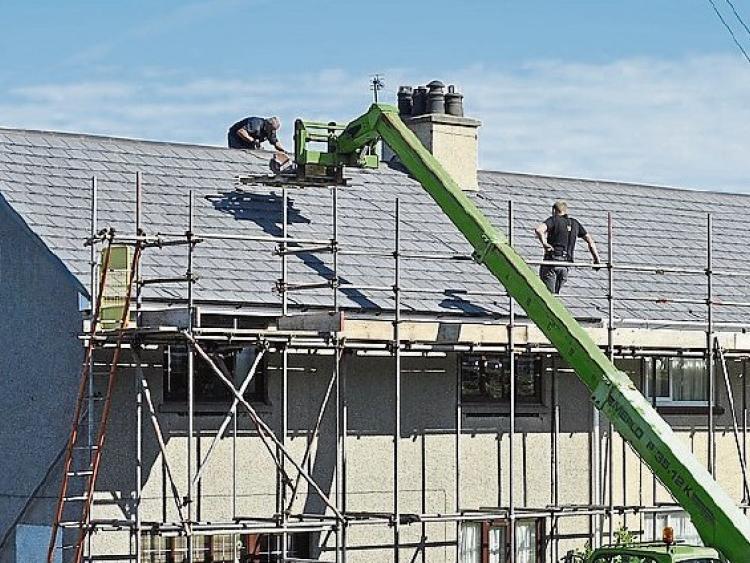 Early in 2016, the Social Democrats proposed a new Department of Communities, Housing and Planning, as a means of tackling the housing and homeless crisis, which would have been wide-ranging in its scope.

While there is much necessary talk around the supply of new housing, I believe that a solid regulatory body is needed for the construction and development industry.

There needs to be a central point to which people having difficulty with a house they have bought can turn. It is is badly needed and must have teeth.

For decades I have covered stories in this newspaper concerning homeowners and estates in this county having difficulties with either individual houses or the infrastructure surrounding them.

County councillors have done some very good work to get problems sorted out, but it they always seem to be on the back foot with some developers.

Our legal system cannot deal with problems efficiently and justly. Innocent parties end up paying. The ‘polluter’ gets away free too often.

So why not introduce a very powerful construction regulator to rule over those who provide perhaps the most important service for most of us — providing a roof over our heads.

Regulation and governance have become big business. Some regulatory bodies do very good work. Some of them may go over the top.

But for someone with a badly built house, there is no sense of a regulator going over the top.

Recently, Kildare County Council discussed the issue of bonds provided by house developers to the Council. They are intended to be a reserve or safety net if builders don't finish an estate. But some are insufficient or the amount in the bond is too low.

You need insurance for so much now, but despite a variety of contractors and professionals, including the State in the guise of local authorities and An Bord Pleanála, being involved in a relatively simple building project, we find that if something is found to be wrong, nobody is responsible. The owner is left to pay for the poor work of others.

In the worst cases, it seems it is much easier to get compensation for a sore back than getting the house you paid for intact.

A national construction regulator could make sure that buildings are built in a sustainable environmental way, that they comply with the ever-complex rules, and could provide an inspectorate which would make sure that every building fit for human or animal habitation, passed the tests which it was supposed to.

It could advise the Oireachtas on best practice and legislation.

It could provide free legal aid and technical aid to homeowners and a mediation service between builders and buyers.

It could design an education system for the construction industry, and indeed, run a special construction college, which would give degrees to those sufficiently qualified at different levels.

One of the best payments any buyer could make would be to pay €1,500 to €2,000 towards a robust insured inspection regime. No building should escape.

Legally, the new owner should not be able to buy, nor the developer sell the property, without the consequent insurance-linked certificate and guarantee of the building's integrity.

There should be a certificate for both houses and estates. If faults occur afterwards, the well-insured, and reinsured, State body, should pay the costs of poor regulation and building practice.

At the moment, many pay an appalling price for being the unlucky victims of market forces or large legal loopholes.