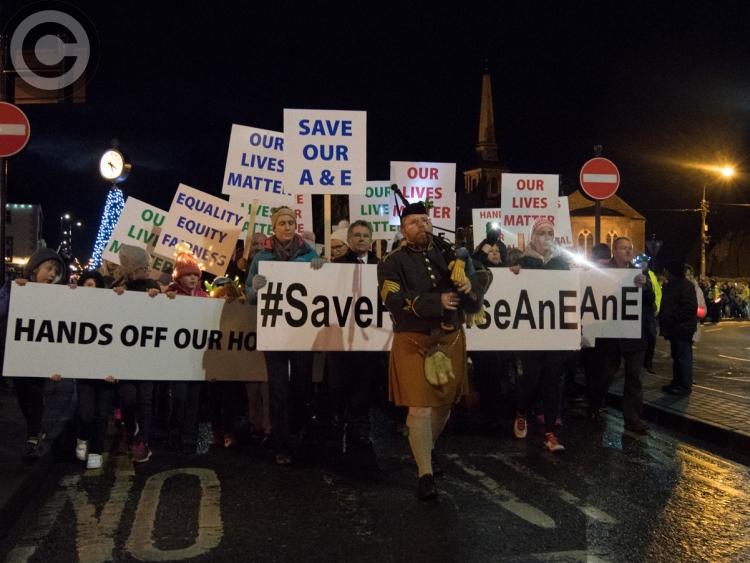 Fine Gael is “play-acting" with the future of the Emergency Department (ED) in Portlaoise hospital and attempting to fool the people of Laois and the surrounding counties including Kildare who depend on its services according to Laois TD Brian Stanley.

In a statement, the Sinn Féin TD accused the commitments have not been delivered upon but the hospital's future remains uncertain.

“It’s almost two years since I exposed the plan drawn up by the HSE to close the ED in Portlaoise and as a consequence, remove other vital services from the hospital. This led to a major public campaign over the following months, including a massive street demonstration. The Government was left in no doubt as to the political consequence of any attempt to close Portlaoise ED.

"On the 15th of December of that year (2017) myself and the two other Laois TDs had a meeting with Health Minister Simon Harris. The outcome of this was the Minister committed to pressing the pause button on the planned closure of the ED and quickly establishing a consultation process regarding the future of services in Portlaoise," he said.

Dep Stanley said the Minister emphasised that local stakeholders, medics and local representatives would be consulted. While the TD believed this was positive as closure had been halted, he said he expressed concern that the promised consultation process should not be a drawn-out affair to get FG over the next general election.

"However, 21 months later and the Government have not even appointed the facilitator to carry out the promised consultation. I have consistently raised this with Minister Harris in the period since then and it is clear the Government are just play-acting with this important issue," said the TD.

Dep Stanley said the most recent reply from Minister Harris was: 'The appointment of an independent external facilitator for the consultation process is being progressed'.

"This is very disappointing, how long does it take to appoint a facilitator, surely not two years?" said the TD

Dep Stanley said his party recently highlighted that the cost of temporary agency staff in Portlaoise. He said much of this is as a direct consequence of the uncertainty around the future of key services there. He said it would continue to be difficult to recruit qualified staff while this uncertainty continues.

"This Government has shown itself to be incapable or unwilling to make positive decisions when it comes to vital services in our Hospital. They are simply playing for time. The question is how much longer Fianna Fáil will prop up this charade,” said the statement.

Many South Kildare patients attend Portlaoise as it is the closest emergency department to them.