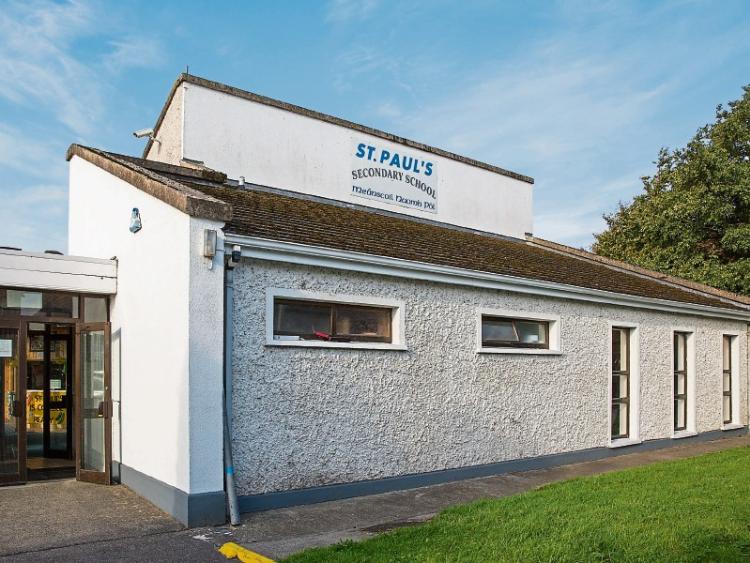 One hundred and six first year pupils starting at St Paul’s Seconday school in Monasterevin are being forced to take classes in the nearby Scout Den for the next three weeks, due to limited space and cramped conditions at the school.

Concerns ran high over the weekend after the news broke in the town of the school using the Scout Den, which is located beside St Paul’s.
The school action group described it as an undesirable outcome but a necessary one, showing great community spirit .
“The Schools Board of Management has consciously made the decision not to refuse children from attending St Paul’s Secondary School,” a media statement said.
“As a temporary measure, for the 106 incoming first year students and overall total of 503, the School’s Board of Management has made arrangements with the Monasterevin Scouts to utilise their Den for the next three weeks. Five per cent of the gym has been set aside to temporarily house the lockers until the prefabs are ready for the students.”
While the Action Group acknowleged that they understand the unrest and frustration towards the current situation regarding the school, they are urging against suggested escalations and strikes.
“These actions could have the opposite effect and put further strain on our school principal, staff and students with no clear objective or gain to be made.”
Meanwhile, local Cllr Kevin Duffy confirmed that the use of the Den is an interim measure until September 16, when new two storey pre-fab units on the St Paul’s grounds will be ready for use.
He added that there is a lot of “miscommunication out there” on the issue and stated that online threats of a protest will not change anything as plans for the new school are already underway.
“The pre-qualification of contractors for the new school has been successfully completed by the school design team and the project has proceeded to tender, which is a process that can take up to four months to complete,” he said.
Meanwhile Cllr Patricia Ryan said that she had safety concerns for the students who will be forced to learn in “prefabs on top of prefabs”.
“The pupils and teachers do not have any space. I take on board that the new build is in process but the transition to second level is daunting enough for first year students without all this upheaval,” she said.
A school Board of Management meeting will take place tonight, Tuesday night.
The Department of Education have yet to comment.