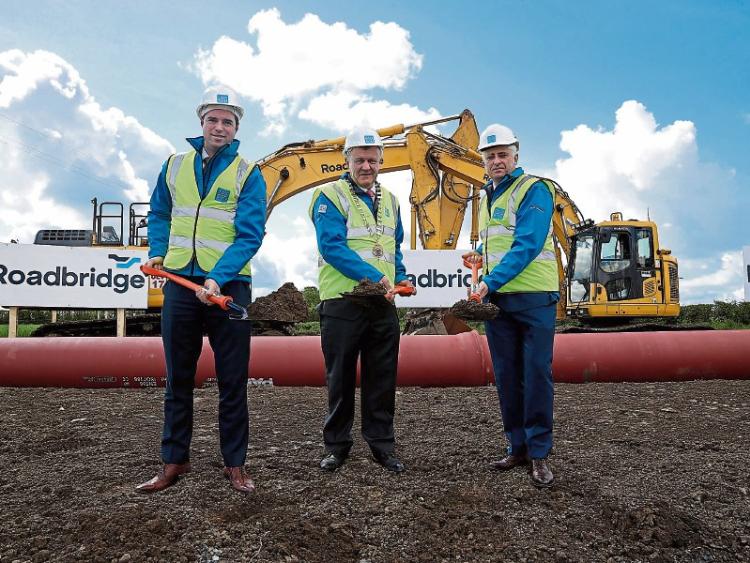 The turning of the sod

Work is continuing on the much needed upgrade of the Newbridge sewer system, which has come under pressure due to population increases.

The sod was turned on the €30 million Newbridge Eastern Interceptor Sewer project last May. This contract has a 24 month construction programme and work is on-going on site.

“Murphy International Ltd., on behalf of Lidl (subject to an Irish Water agreement), is laying part of the Eastern Interceptor Sewer along the route of the Newbridge Outer Orbital Relief Road between the dual carriageway and the Great Connell Road. These sewerage works are now well advanced,” said the July report from Kildare County Council's chief executive, Peter Carey.

The project includes the construction of a new interceptor sewer to connect Newbridge to the Osberstown Wastewater Treatment Plant which will facilitate increased flow to the treatment plant.

Kildare South Deputy Martin Heydon said: “This investment is needed to provide Newbridge with the infrastructure to support the building of houses, schools, attract new industry and allow the companies we have to expand and grow.”