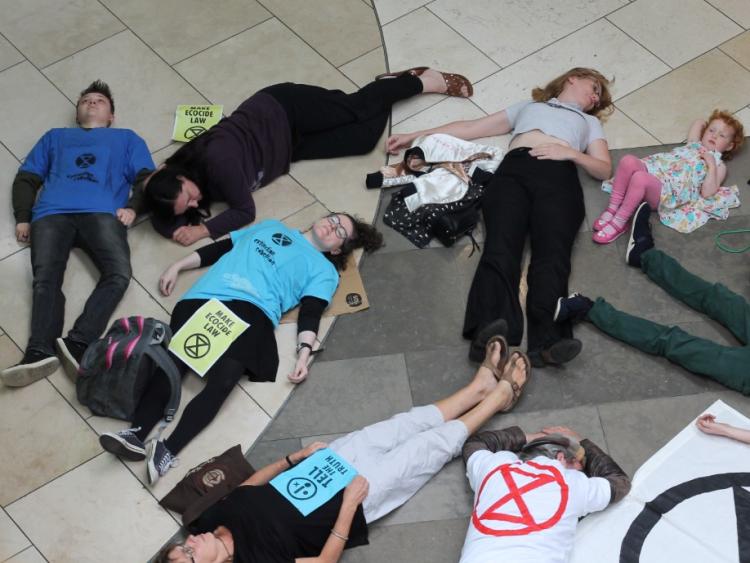 The protestors, members of Extinction Rebellion Ireland, dropped to the ground and ‘died’ on the ground floor of the centre, to call attention to the unprecedented biodiversity collapse and climate crisis that is currently impacting our world.

The event was part of a National Day of Action with similar events in Dublin, Cork, Belfast, Limerick, Galway, Derry, Kilkenny, Clare and Wexford.

The activists say that the growing climate catastrophe is jeopardizing both animal and human life, and highlight the stark warnings that the world’s top climate scientists are currently issuing.

At the same time a single activist gave an amplified speech on the climate crisis while others spoke to onlookers and presented them with information. 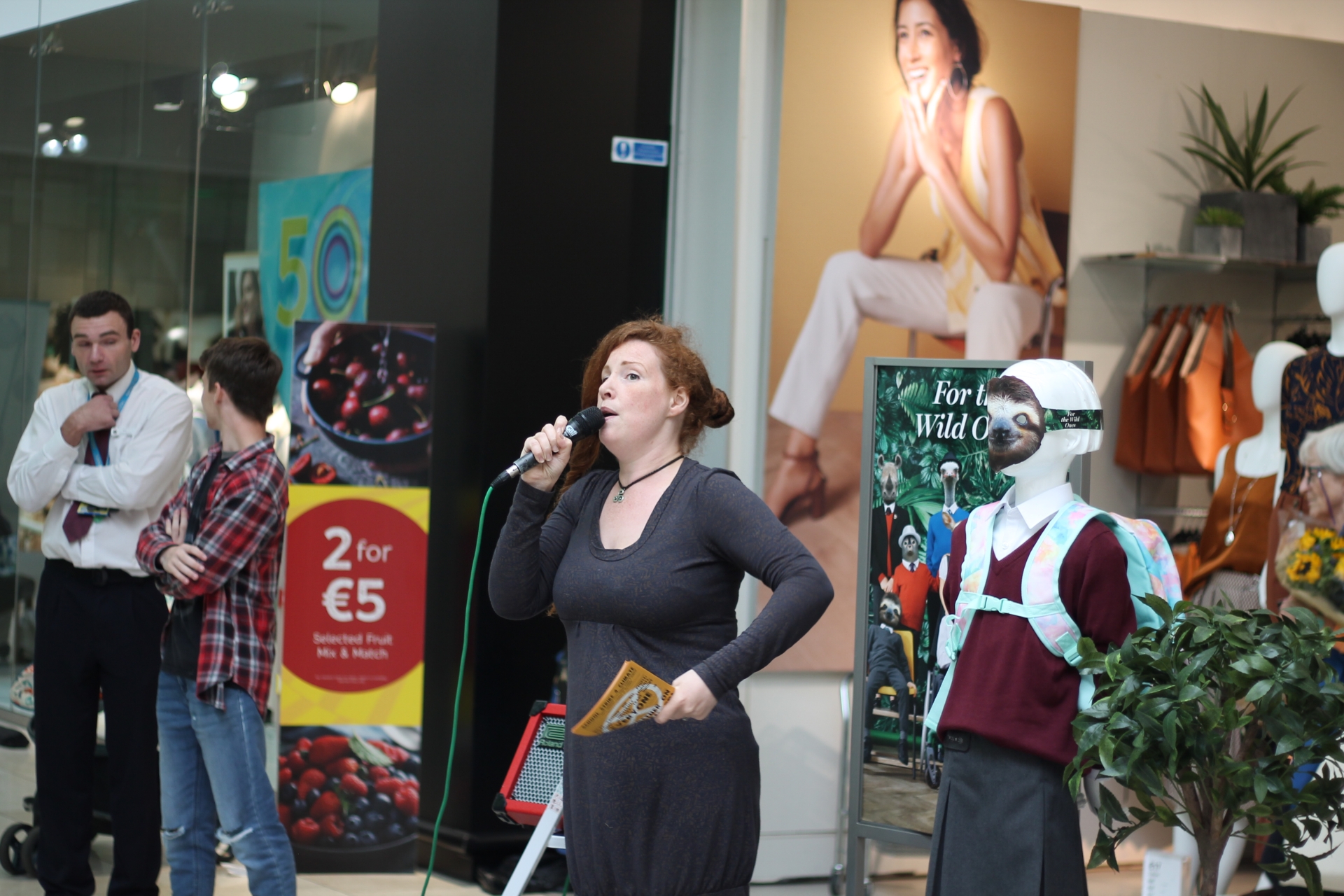 Extinction Rebellion Ireland will also host a free public talk in Lawlor’s Hotel in Naas at 7.30pm on Thursday, August 22, to inform the public about the ongoing crisis and to urge an immediate and radical response.

This action forms part of a wider campaign by Extinction Rebellion that will culminate in a global ‘Rebellion Week’ beginning on Monday October 7.

Extinction Rebellion invites people of all ages and backgrounds to join them in non-violent, disruptive civil disobedience.

Peaceful, family-friendly actions across cities, countries and continents will bring society to a standstill and force governments to finally respond appropriately to the climate emergency before it is too late.

Extinction Rebellion Ireland is also calling on all Irish workers to join the Global General Strike on September 20, which is being organized by Swedish teenage activist Greta Thunberg.

Ms. Thunberg has received worldwide acclaim since launching her School Strikes movement in 2018. It is expected that millions of people worldwide will join in this global strike for radical action on the twin crises of climate change and biodiversity loss