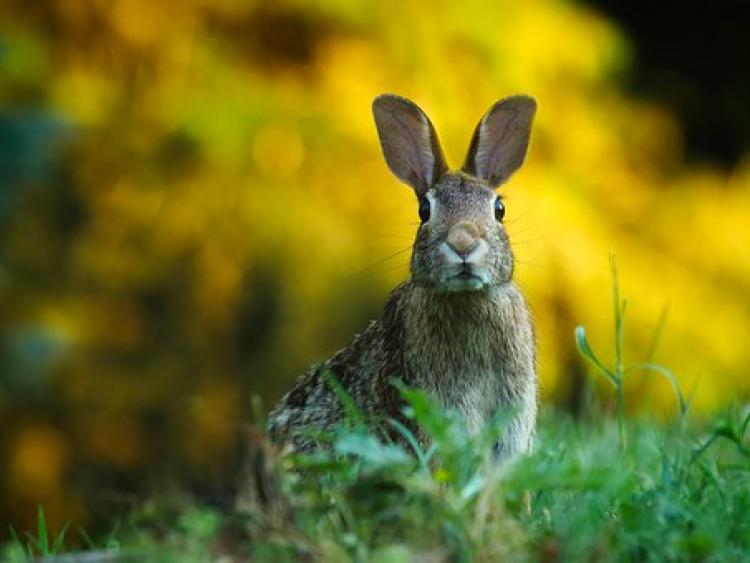 A disease fatal to rabbits and hares, but of no risk to humans, has been confirmed in the wild in Ireland for the first time.

The Department of Culture, Heritage and the Gaeltacht’s National Parks and Wildlife Service (NPWS) is asking the public to report any suspected cases.

"Rabbit haemorrhagic disease (RHD) was first reported in domestic (farmed) rabbits in China in 1984 killing millions of animals within one year of its discovery. By 1986 this viral disease had been found in continental Europe and has since spread globally leading to significant mortality in wild populations of rabbits," said the department.

"In 2010, a new more virulent strain of this virus (RHD2) emerged in France. It causes death within a few days of infection with sick animals having swollen eyelids, partial paralysis and bleeding from the eyes and mouth. Most distressingly, in the latter states close to death, animals exhibit unusual behavior emerging from cover into the open and convulsing or fitting before dying."

The disease was reported in Ireland from domestic rabbits in 2018, but has now been confirmed in the wild from a rabbit in Co. Wicklow and another in Co. Clare.

Today, the virus has been confirmed from a hare in Co. Wexford. In all cases individual animals were tested at Department of Agriculture, Food & Marine Laboratories where RHD2 was subsequently confirmed. While all three locations continue to support apparently healthy wild populations, unlike the situation in the UK where mass mortalities have been reported, NPWS Conservation Rangers continue to monitor the situation.

The virus has been detected throughout Europe, in wild rabbits, hares and seemingly unrelated species including voles and shrews. The Irish hare is native to Ireland and found nowhere else and should this disease prove as infectious and lethal here as it has done elsewhere in Europe, the impact on the hare could be catastrophic.

Dr. Ferdia Marnell of the NPWS Scientific Unit outlined his concerns: “Rabbits are central to wild ecosystems, being the main food for many predators from stoats to eagles that in turn regulate other animal populations. A decline in our wild rabbits will have numerous knock-on consequences. Of further concern is the potential for the disease to spread through the Irish hare population.”

The disease is highly contagious and can be spread directly between animals and in the faeces and urine of infected animals, as well as by insects and on human clothing.

In addition the incubation period may last several days and apparently uninfected animals may in fact be carriers. Under these circumstances the catching of hares in nets, their transportation in boxes and the collection and holding of hares in confined areas can all be considered to increase the risk of disease spread.

Accordingly the Department has decided to suspend the licences issued to the Irish Coursing Club to capture and tag hares for the 2019/20 hare coursing season with immediate effect until a clearer understanding of the extent, spread and implications of the RHD2 virus emerges.

Dr. Marnell stressed “that the Rabbit Haemorrhagic disease presents absolutely no threat to human health and it is entirely safe to handle infected or recently dead rabbits or hares provided normal hygiene is followed”.

The public - particularly landowners, farmers, vets and the hare coursing community - is being asked to be on high alert and to report any suspected sightings of diseased rabbits and hares as soon as possible to help efforts to monitor and control the disease.

Dr Neil Reid, a Conservation Biologist at Queen’s University Belfast, who is also tracking the disease across the island warns of the significant impact this could have on the wild ecosystem.  He said “I am asking people to be on high alert, to report any suspected sightings of diseased rabbits and, particularly hares, as soon as possible so we can monitor this rapidly developing situation as it unfolds. This is an example of how citizen science can really contribute to conservation biology.”