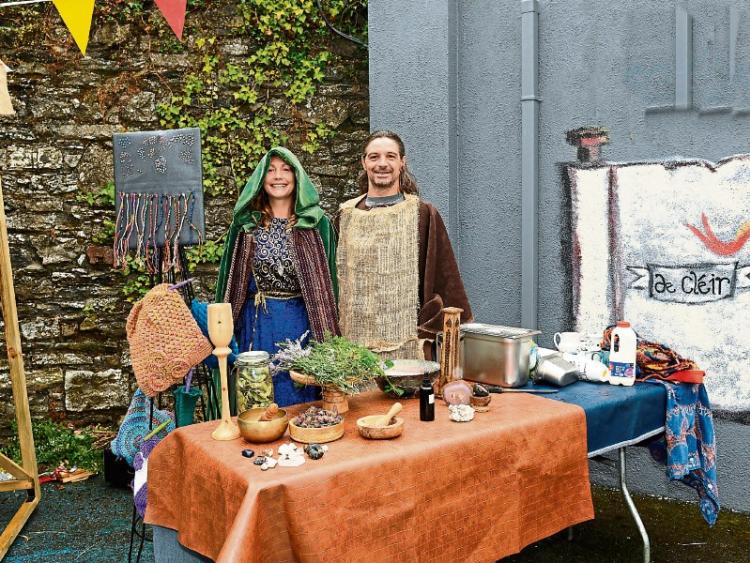 Participants enjoying the Medieval Festival in Kildare town last year, which the Family Viking Day is based on

A Family Viking Day will take place in Kildare town on Saturday, August 17 from 2pm to 4.30pm.

In the tradition of the Kildare Town Medieval Festival, the Family Viking Day will be celebrated at Kildare Town Library.
Participants are invited to a visit to the library’s past times visionary, Mystic Moll. Learn about the games from the past and have a go yourself stalls with medieval crafts and food-tasting. There will also be a prize for the best costume.
The Medieval Festival will not be going ahead this year as it is taking a break, however alongside the Viking Day in line with National Heritage Week there are also plans for a harvest fair on September 21.
A history talk will also take place. Delivered by executive librarian, Mario Corrigan entitled “1169 The Year it all Began — 850th anniversary of the Norman Invasion”, it is scheduled for earlier that day at 11am.
The talk will be held to mark the iconic anniversary of the Norman Invasion of Ireland.
On May 11, 1169 the deposed King of Leinster Dermot McMurrough landed at Bannow Bay in Co Wexford with a group of mercenary soldiers to reclaim his throne.
It was the start of what has become known as the “800 years of oppression” and counting. It’s now 850 years since that fateful day.
Mario will also talk about Lord Walter Fitzgerald at the library on Thursday , August 22 at 3pm. The talk will give an insight into the life of Lord Walter Fitzgerald.