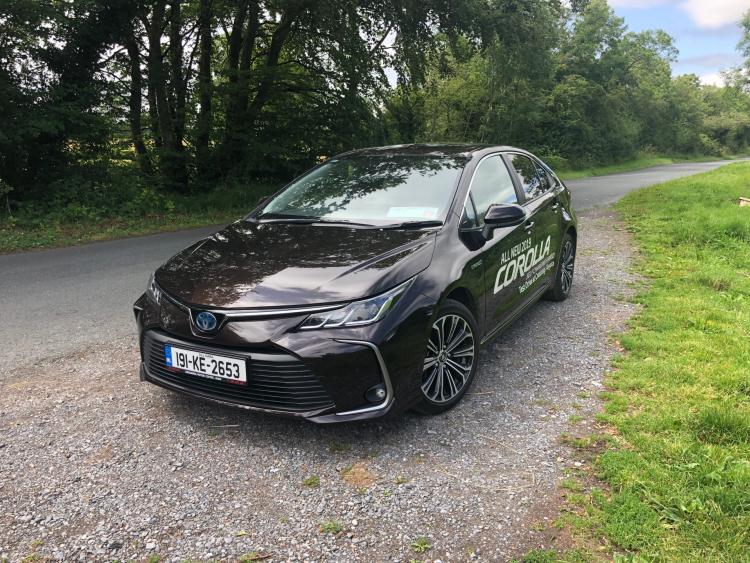 The new Toyota Corolla is a good looking car

Toyota can be rightly proud of the role it has played in putting electric powerplants into cars.

The first mass produced hybrid was their Prius, and they have aggressively pursued a strategy of getting hybrid technology into as many of the vehicles in their range as possible.

Now that we’ve firmly entered the era of electrically powered cars (either wholly or in part), for many companies it’s a case of standing on the shoulders of the Toyota giant.

Although I only drove the Corolla for about an hour last week, I have the benefit of a longer period of time in a Corolla because last year I rented one for a week and drove it to Mayo for my holidays, and loved it in a way that I rarely like most cars.

Not that I dislike most cars, but when you drive so many, it takes something special to stand out, and its comfort, drivability and user friendliness stood out. Admittedly that was the older model, but it served to successfully undermine my previous notions of Corollas as basic and small.

The Camry, a far larger sized saloon car that was common here in the 1990’s, is back on Irish shores, and such is the current size of the new Corolla, that it doesn’t look too much smaller than the Camry which is more of an A6 sized vehicle.

But back to the Prius. It was 1997 when they first manufactured the Prius, all of 22 years ago, so last week when I got a chance to drive the Toyota Corolla Saloon Hybrid that I got from the Crossings in Naas last week, the electric element was less of a novelty than before.

I did, however, detect a slight shift in the relationship between the two powerplants, the electric and the petrol - which in this model is a capable 1.8 litre.

The car seemed to rely more on the electric motor than in previous Toyota hybrids I’ve driven. Maybe that’s just because both the car was brand new, but I did discover that if I drove it gently enough it will would stay in electric mode for longer, a fact that was some relief when the fuel warning light came on.

Regardless of what’s making the wheels turn, the Corolla is a handsome car with all the standard mod cons you’ll find in a modern day car.

So handsome is that something happened to me that rarely happens - people stopped and looked as I drove by. I could get used to that!

The dashboard tells you where you’re getting your power from, and how much is coming from and going back into the battery. 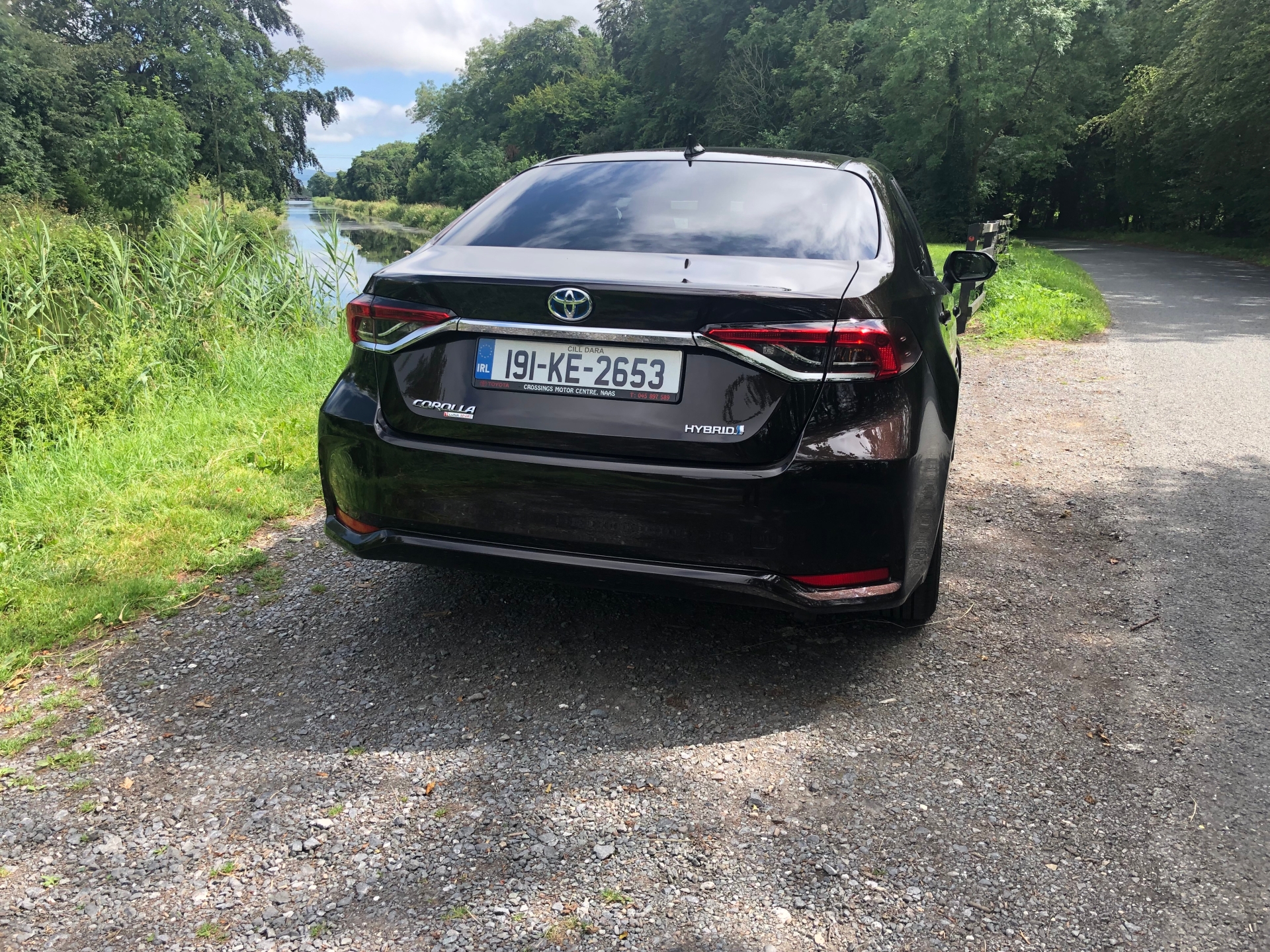 It's a good looking car from the rear also!

Although after a while I began to notice that the easiest way to see which powerplant was running the car was to see where the rev counter was.

It was often at zero, which is an odd feeling when you’re moving.

But I did also noticed that even when the petrol engine was engaged the rev counter was at just over 1000 rpm (in regular driving), which is traditionally low for a petrol engine.

But here I was with a 1.8 litre petrol, which is admittedly a slightly bigger petrol engine than you’ll normally get in a regular family saloon, humming along at really low revs.