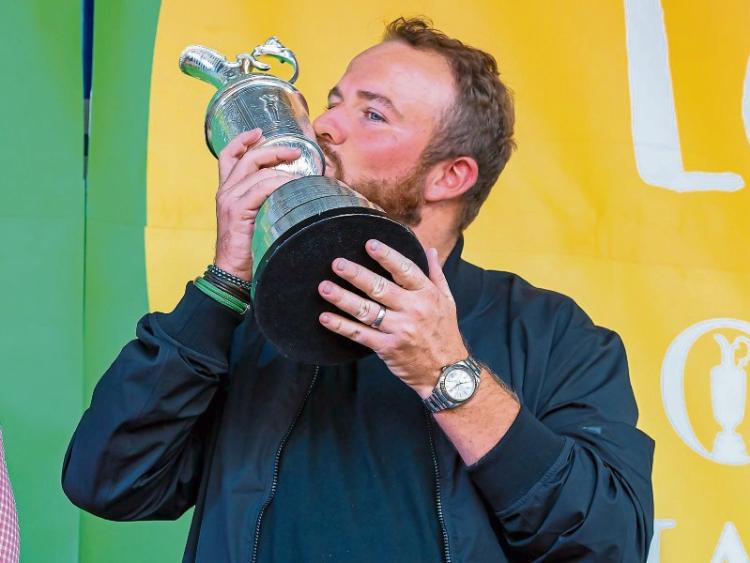 It was a bright, warm, some what clammy morning, as I headed to the new Leinster Leader headquarters at Tougher’s Business Park, Naas, when I failed, only just, mind you, to be the first, unannounced, drive-in customer to the, yet-to-be-finished Lidl National Headquarters Depot on the Naas Road on the outskirts of Newbridge.

The morning RTÉ Radio 1 news headlines had just finished and while I usually move the dial over to Pat on Newstalk, or Clem on Kfm at that stage but as the bauld Pat is, along with most of the big names on national radio, off on the hols I momentarily hesitated, to see who was subbing in for Mr Tubridy.

And why would I move away from Tubs I hear you say.

It’s a long story, that one but to be honest there is only so much one can take of the bookworm.

Anyway to get back to where we started, there I was driving along the new revamped road beside the Lidl warehouse that looks bigger than Croke Park, when a lady by the name of Maggie Somethingor-
other, Tubridy’s Summer sub, begins her introduction by suggesting that following our man, Owen Morgan captaining England to success in the recent Rugby World Cup; followed by Shane Lowry winning The Open at Royal Portrush, she then has the audacity, the cheek, to suggest that wouldn’t it be brilliant if ‘Maura’ could win some Luv Island thingy, and make it a treble success.

How I didn’t crash through the barrier outside the Lidl premises I don’t know.

I cod you not. I broke out in a cold sweat, uttered words (aloud) unprintable in a family newspaper as I practically put the break pedal through the floor of the car to avoid being the first uninvited guest, such was the shock I was in.

Now first of all I have to say I know nothing about this Luv Island sh.., sorry, thing, apart that is from some office chat I try to ignore on an ongoing basis.

And who this Maura wan is I have to confess I have no idea, only thing I overheard is that she hails from somewhere in Longford which is hardly enough to set the pulses racing.

As for Tubs’ Summer sub, Maggie Whatshername, I have to hold my hand up here again and confess I have never heard of her but to compare our left handed batsman man Eoin Morgan’s achievements, whose claim to fame prior to his latest exploits at the crease was being a ball boy at a few Dublin football training sessions; along with the incredible world wide recognised achieve-
ment of Shane Lowry, our (new) very own forever friend and favourite Biffo of all time (apart from Brian Cowan and my good mate Patrick Murray) in the same breath, in the same sentence as some young wan from the Midlands, is just not good enough and totally out of order and inappropriate.

And all this from the national broadcaster.

Questions should be asked in the House (when they get back from their extended break).

It is enough to make you drop a ball heading for a boundary, or, God forbid, miss a three foot putt at Royal Portrush.

I do realise we are right smack bang in the middle of the silly season, but even that is no excuse for bungling world recognised sporting achievements of a Dub cricketer and our favourite Biffo of all time, with some reality TV programme is simply a step too far.

A stern letter to RTÉ, demand-
ing an instant apology for such a monumental error of judgement is on the way.

While the sooner Mr Tubridy’s annual summer leave is over and he returns to the airwaves the better.