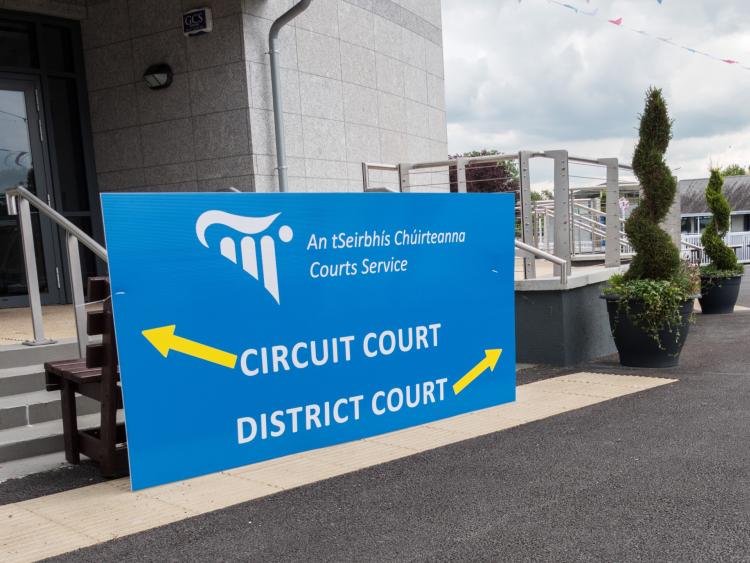 The case was heard at Naas District Court yesterday, which is sitting at Naas Racecourse

A man who lead gardai on a car chase reaching speeds of up to 160kph pleaded guilty to a charge of dangerous driving at Naas District Court yesterday, Wednesday, July 17.

Christopher Kelly, 34, of 25 Greenfort Gardens, Clondalkin, was approaching a garda checkpoint at 12.40pm on October 31 last at Allenwood Middle, but suddenly took off at speed in a blue, Audi S3 car.

Gardai pursued, reaching speeds of up to 160kph, but were unable to keep up with him. They later located the car at Grangeclare East, near Kilmeague.

Mr Kelly was represented by barrister Sarah Connolly. He has 27 previous convictions, and since the incident he has received a driving ban for a drink driving offence. He had also served a driving ban in the past.

Ms Connolly told Judge Desmond Zaidan that the defendant had stopped the car at the checkpoint but his friend was smoking a joint in the car. She said that her client knew it was a stupid thing to do, and that he knew he shouldn’t have gotten himself into trouble.

She noted that notwithstanding his numerous previous convictions he had managed to stay out of trouble for many years, since 2010. She said that he was looking to set up his own business and was also caring for his mother who has scoliosis. He also has four children.

“It might be late in the day but he has copped onto himself,” counsel remarked.

He sentenced the defendant to six months in prison and disqualified him for six years.

Counsel remarked that six months was the maximum sentence applicable for a charge of Dangerous Driving, and suggested that he deserved credit for his early plea.

But the judge did not change his ruling.

Collision this morning on the M7, expect delays (file photo)

Traffic update: yet another collision on the M7 eastbound at J9 Naas North