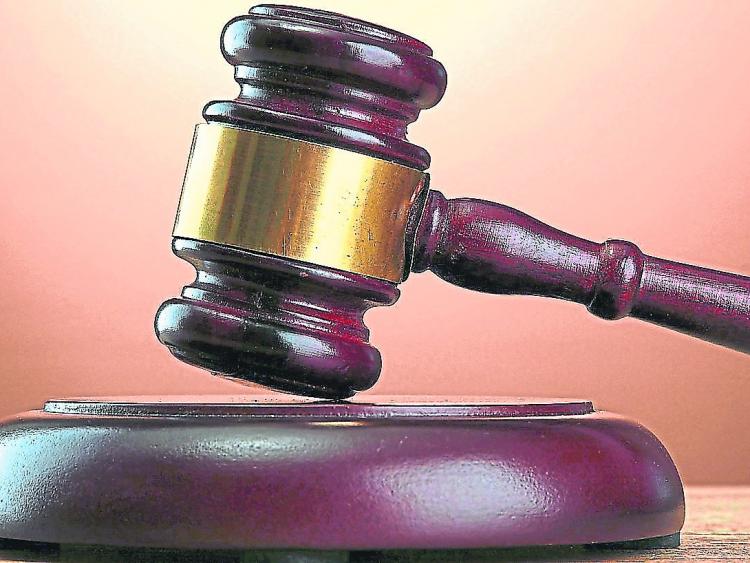 The sentence was handed down earlier today

A Kildare man tasked by senior criminal figures abroad to mind an “arsenal” of firearms and ammunition in the loft of a “fake” Dublin business premises has been sentenced to 11-and-a-half years imprisonment by the Special Criminal Court.

Brady, with an address at The Park, Wolstan Abbey, Celbridge “supervised and was in overall charge” of the “arsenal”, according to the three-judge court, which sentenced him to 11-and-a-half years imprisonment with the final year suspended today, Monday.

Presiding judge, Mr Justice Paul Coffey, said the nature and quantity of the firearms, ammo and other items, warranted an inference that the “arsenal” was assembled to “support and sustain organised crime of the most serious nature”.

He said Brady was the “principal” target of a covert surveillance operation on the day in question. Following his arrest, the weapons were found in the loft of a “fake” business premises, made to look like the Irish subsidiary of a legitimate UK haulage firm.

Along with 17 firearms in total, Mr Justice Coffey said two silencers, two electronic tracking devices, a radio and a glove were found. The court heard previously that four loaded revolvers were found "ready for imminent use”.

Mr Justice Coffey said Brady was assisted by two other persons who had been dealt with previously. Jonathan Harding (45) of McNeill Court, Sallins, Co Kildare, and James Walsh (33), with an address at Neilstown Drive, Clondalkin, Dublin 22 were sentenced to 10 years and nine year imprisonment respectively, with the final year of each sentence suspended.

The judge said Brady had received instructions from senior criminal figures based abroad to “mind” the “arsenal”. The fact Brady was in “overall charge” of the cache required the court to fix a headline sentence of 14 years, where the maximum available sentence is 14 years.

Mr Justice Coffey said the court would reduce the headline sentence to 11-and-a-half years to take account of the mitigating factors.

Brady had pleaded guilty, which was “timely” and valuable, “notwithstanding the strength of the evidence against him”.

He had no relevant previous convictions and his daughter had been diagnosed with a rare genetic disorder, which was relevant to sentencing, the judge said.

Furthermore, a prison governor’s report indicated that Brady was of good behaviour while in custody and was not presenting any difficulties to prison authorities.

In order to incentivise Brady’s rehabilitation while in custody, Mr Justice Coffey, who sat with Judge Gerard Griffin and Judge David McHugh suspended the final year on condition Brady enter into a good behaviour bond for the suspended period.

When asked if he undertook to be so bound, Brady, wearing a grey three-piece suit and tie, said “I do”.

The sentence was backdated to January 24, 2017, when Brady first went into custody. He blew a kiss to family members as he was lead into custody.

At last month’s sentence hearing, Detective Inspector Noel Browne, of the National Drugs and Organized Crime Bureau, told the court that gardai put in place a surveillance operation focusing on certain individuals and the warehouse on January 24, 2017.

Det Insp Browne told Fiona Murphy SC, prosecuting, that the movements of Brady and Jonathan Harding were monitored on the morning of January 24. The two men were arrested by gardai at 11.17am that morning. Brady had three mobile phones on him and was brought to Clondalkin Garda Station.

Gardai then entered the unit at Greenogue at 11.30am that morning on foot of an emergency warrant and found James Walsh in the reception area of the premises. The court heard that the unit was purporting to be the premises of a logistics company.

“The company involved are a legitimate UK transport company and they have no premises in Ireland,” said the witness, adding that it had been set up to give the impression that some legitimate transport work was going on and two forklifts were found in the unit.

Det Insp Browne said that in the upstairs loft area, a number of loaded firearms were laid out on cardboard sheeting on the floor. The witness agreed that four of the revolvers were loaded and ready for “imminent use”.

Walsh was then arrested and gardai awaited the arrival of a ballistics expert, said the witness.

Gardai also found more guns and ammunition, including a submachine gun, in two cardboard boxes. More boxes of ammunition were found on the ground.

Two electronic tracking devices, a radio and a glove were found on a nearby shelving unit. A silencer for a firearm was also found under the sink in the kitchen.

In summary, the witness agreed with Ms Murphy that there were nine revolvers, 4 semi-automatic pistols, a sub-machine gun, an assault rifle, two silencers and ten spare magazines.

A small number of other rounds of ammunition were found in a secret compartment in a Ford Focus van.

The witness said gardai believed that Brady had received his instructions from other senior figures based abroad and his task was to ensure "matters ran smoothly". The operation ran from January 2016 until its detection in January 2017 and other people subservient to Brady had been arrested, he added.

Under cross-examination, Michael O’Higgins SC put it to Det Insp Browne that it had been suggested that Brady had taken instructions from people abroad and these were “serious individuals” who one would not go against lightly. “I accept that,” replied the witness.

The witness said he was satisfied that Brady was not an “end user”.

In his submissions, Mr O’Higgins said Brady had grown up in Drimnagh and his father was a haulier with a very significant drink problem. He informed the court that alcohol is a feature in his client’s family.

Brady left school at 14 years of age and worked for his father. In later life, he got his own truck licence and drove for many years, explained Mr O’Higgins.

The defendant is separated from his wife but is now in a settled relationship with a Hungarian national and they have a two-year-old daughter together who has a rare genetic disorder, said the lawyer.

Brady currently works in the prison bakery and has completed a number of courses, using his time well in prison, said the barrister.

Mr O’Higgins asked the court to take into account the fact that his client is facing a significant custodial sentence at 53 years of age and this is an “unenviable position” to be in.

While Brady was higher up the line than his two co-accused, ultimately the person calling the shots was far more senior than him, the defence counsel told the court.