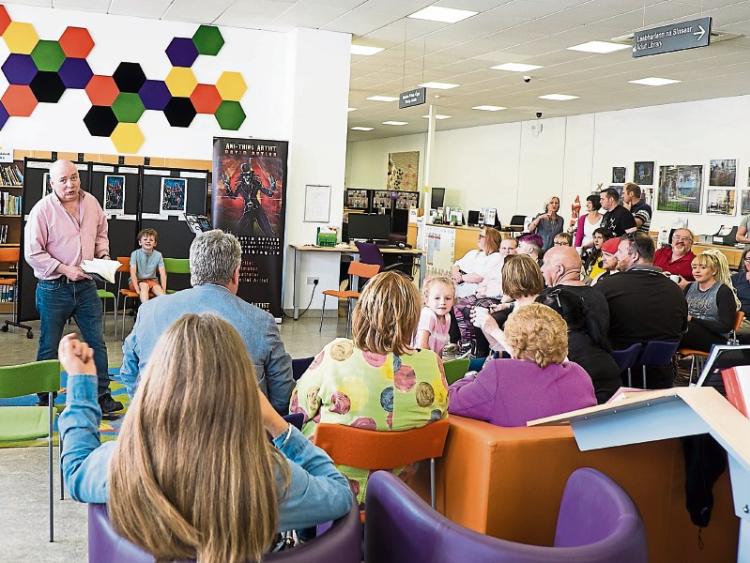 Principal of St. Brigid’s Primary School, Donal Fleming at the launch of Ghosts from the Other Realm

A new kids book called Ghosts from The Other Realm which is based in Kildare town was launched at the library by the Principal of St. Brigid’s Primary School, Donal Fleming on Saturday, June 22, 2019.

“There was a nice turnout and we were honoured to have the Cathaoirleach of Co. Kildare, Cllr Suzanne Doyle and Principal of St. Brigid's primary School, launch the book,” said Mario.

“If it were not for the school and Kildare Library Services the project would never have happened. Some 129 children worked on the initial idea and each of them will receive a book. Those who could not make it were presented with a book in school after the launch.”

The story is based in Kildare and it is a follow up from Mario's first children's book 'Do Fish Wear Pyjamas?' which was published in 2011 and proved an instant success.

“Hopefully the kids will get a buzz out of that like they did with the original Do Fish Wear Pyjamas: the Quest for the Great Book of Kildare, “ said Mario. They still visit schools today talking about their first book. It was written after visiting with four classes of students in the primary schools in Kildare, working with them to map out plot and storyline. Their names were included in the book to inspire them to become authors, illustrators and to learn about Kildare.