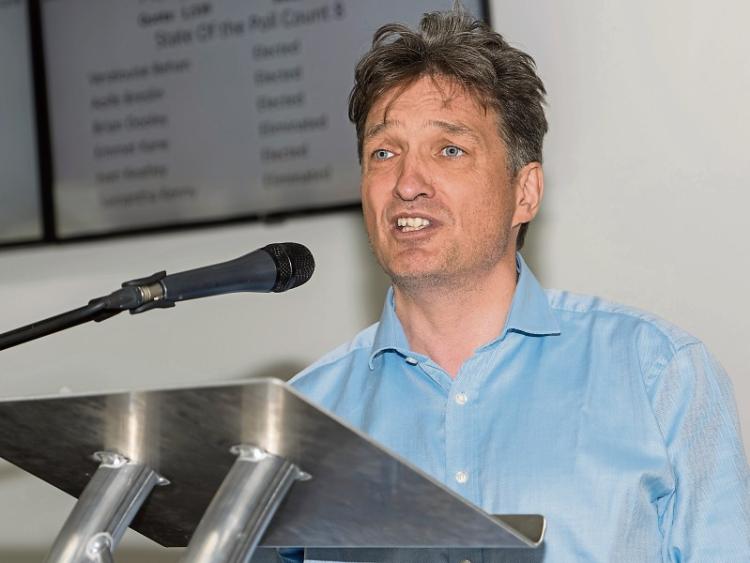 If there was a noise from the raising of eyebrows, you might hear plenty of it from the direction of Aras Chill Dara over the coming years.

A new crop of county councillors elected at the last election want to see things done differently, a major change in priorities.

In fact a press release arrived into the Leinster Leader last Friday from a local Naas county councillor that might cause more than a mild surprise in some corners of the council.

In his press release he was commenting, approvingly, on an intervention of the Office of the Planning Regulator to tell Kildare County Council to amend the Naas Local Area Plan because it “facilitates increased developments on the fringes of M7 to the detriment of the town centre”.

In particular Cllr Martin agreed with the Regulator’s opinion that housing sprawl around Naas and an excessive focus on development near the M7 would draw car-based economic activity, given its distance from where people lived.

“If the council displayed the same level of enthusiasm and prioritisation to implement the recommendations of the Regulator that they currently invest in building more roads, Naas will turn the corner and thrive again,” Cllr Martin said.

In other words if yiz stop building roads and spent all that time and money trying to develop the town properly, yiz might sort the place out.

As they say where I come from: ‘Whoop ya boy ya’!

“Naas is a fabulous place but its planning direction must change or else it runs the risk of slowly becoming a small scale disjointed network of suburbs where exceptionally heavy reliance on car usage is required for most social, economic and shopping activities.”

I hate to interupt, and even disagree with the learned councillor on this matter, but I would argue that Naas runs no such risk because Naas is already a series of disjointed network of suburbs that rely heavily on car usage.

Therefore, the risk has passed.

But I digress: “Naas town centre must become a living, vibrant, social and economic nerve centre and to do this we must support (the) centre placing local businesses and town living front and centre,” he continued.

Well, I mean, I did probably mention that before, you know, in every second edition of this column, and was promptly ignored by all and sundry.

But having to sit and listen to the same argument coming from within the council chamber will be a considerable change of tone within the chamber.

Unlike yours truly, Cllr Martin, and all his colleagues in the Green Party, and numerous other councillors in other parties, such as, in particular, the Social Democrats, cannot be ignored because they were elected to shape the future direction of the council.

Cllr Martin even remarks in the press release that he ‘topped the poll’, a gentle reminder perhaps of his mandate.

He concludes that “during the recent election campaign concerns for the future economic sustainability of the town and how the huge population explosion in our county is managed was the number one issue of concern raised on the doorsteps.”

This is both interesting and encouraging.

It suggests that the public knows in particular that the huge population explosion is not being managed correctly and they are engaged on it.

But it also suggests that there will be a change of tone coming from councillors in the chamber.

Priorities will now change with councillors who fundamentally understand the need to reduce car usage in our towns for all sorts of really good reasons.

A few weeks ago at the Oireachtas Joint Committee on Climate Action, Brian Deegan, a street design engineer known for improving cycle route design in the UK told an interesting story — his own.

Raised in a rough inner-city area of Manchester he used to play football on the cobbled streets.

“Asphalt was put down on the streets one day in the name of progress (and) it suddenly became quite difficult to play football because we could not get out of the way of the cars in time,” he said.

The kids were now in danger of getting hit by cars or of being kept indoors. He said that by the 1980s young people on the streets “meant they were up to no good”.

It was a pertinent reminder of the law of unintended consequences.

The removal of that space for kids lead to social problems down the line.

Removing cars from our streets will lead to lots of unintended consequences, all of them great, I suspect.