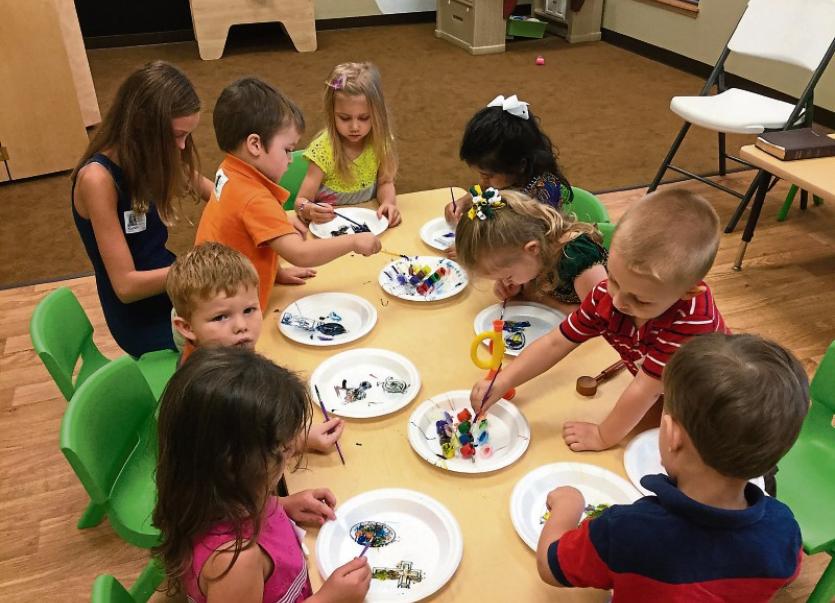 I used to work with a fella who said parents only sent their children to summer camps to use them as a babysitting service.

He wasn’t impressed by it at all and I tended to agree with him. I was the judgemental type.

And to be honest my former workmate was right. And so what about it? You see this is the first year Aidan and Sarah are old enough to go to summer camps and by god they are great babysitting services and they’re cheap too.

Week one of the summer holidays here was spent at a summer camp in their school. I am a big fan of these camps now. What’s not to like! This particular camp didn’t start until 10am so there was none of the usual rushing out the door in the morning, what with having an extra hour at home. Then off they both went for four whole hours. I have never had them both away for that length of time. Aidan is in school until 2pm alright but Sarah has only been to playschool and finished up at noon so I didn’t know myself last week.

It was bliss. I got all my housework, laundry etc done and still had time to go for a coffee with a friend one day, pop to town another, or just generally chill out with a coffee at home.

Meanwhile, the kids were having a ball over at the school having water fights, doing little science projects, colouring and doing obstacle course and such things.

It was actually great that Sarah loved it because she’s starting in that school in September so she’s had a really positive experience of the place before the big day comes.

Now if my kids didn’t have camp last week it would have been a very different week indeed.

They would have been fighting with each other, or telling me they were starving despite eating everything in the fridge seconds earlier.

So if I’m now the type of parent my former colleague talked about, one that uses summer camps as baby sitting services, I couldn’t give a damn. I’m totally fine with it and I bet all the other parents are too.

I’ve said it before in this column, Aidan is a busy boy. Some parents don’t do summer camps because they feel that their children actually need the break but, believe me, Aidan doesn’t.

Doing nothing is Aidan’s idea of hell to be honest.

Sarah could cope with having nothing on, but himself is a totally different child altogether.

With that in mind he’s actually booked in to camps for the whole of July.

He has one done and this week he’s at a club camp in the GAA camp and the following week he’s doing the Kellog’s GAA Cul Camp.

At four, Sarah is too young for any of the football camps but if they would take her she’d be out the door with her brother too.

She is doing one other camp, a local pottery one the same week as the Cul Camp, so roll on that week for me. She loves anything arts and crafts related anyway so I have no doubt she will have a ball.

With July fully booked up with camps, that just leaves August free.

For the first two weeks of August we are on holiday so thereafter there’s just two weeks left before the new school year starts. Happy days!

I won’t know myself when the two of them are gone until 2pm five days a week.

My house will be shining, I’ll have caught up on all the gossip with my friends and I will, no doubt, have spent plenty of Daddy Chambers’ hard earned cash in the shops.

Who says being a stay at home mother is dull, eh?

Thank God for school and camps.

Some of you are perhaps tutting at me for shipping my kids off so much but sure aren’t I supporting local employment, supporting the arts and my local sports club.

With that my kids are happy and I’m even happier. It’s a win/win.