KILDARE WILDLIFE WATCH: The starry wild wonder of the bog 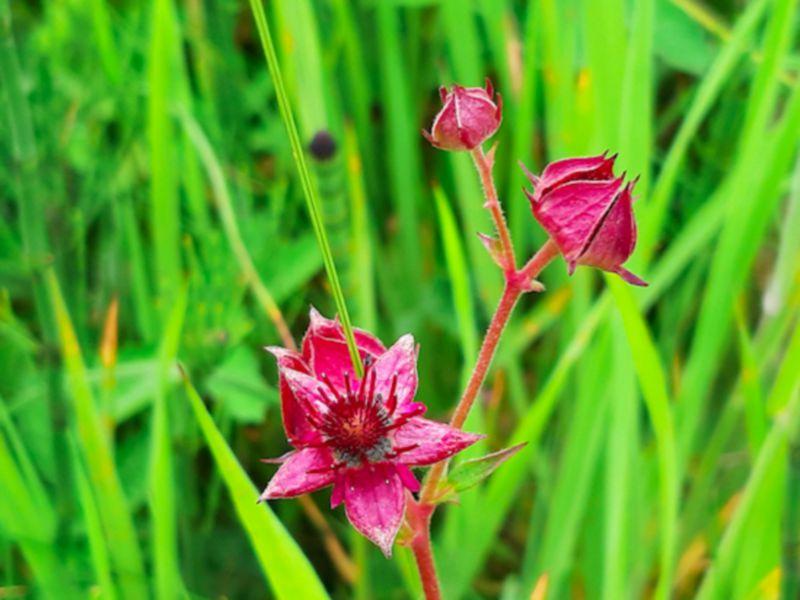 Last week I visited Griston Bog in Co Limerick, and met with some of their guides who showed me around their wonderful local nature reserve.

It is an unusual site, as the nature reseve in the early part of the 1900s was used for turf cutting, but the peat was never fully cut away. Today the site is conserved as part of a local tourism initiative, and the community have worked together putting in place over 2km of boardwalk, making the wet site accessible to all.

In some areas of the nature reserve, I measured the remaining peat depth to be over two metres deep, and in these areas I found typical peatland plants such as ling heathers, bearded lichens and peat forming Sphagnum mosses.

However, what makes Griston bog different is in other areas of the nature reserve, where peat was cut to a greater depth, there is the availbility of more nutrients. In these areas, a variety of wetland plants, not as typically found on peatlands were recorded.

One example of this was the beautiful star shaped wildflower called marsh cinquefoil (cnó léana as Gaeilge).

This species is not that common on raised bogs in County Kildare — however, it is known to grow on peaty soils associated with peatlands, wet meadows and marshy ground (that is, wet ground not on peat).

This native wildflower can grow to a height of 35-50cms. The stems are red to purple in colour and its five-petalled flowers bear a deep maroon, reddish or purple colour arranged in a star shape, making it is easily identifiably in the field.

The leaves of the plant are divided into five to seven leaflets, which have a toothed edge. This plant grows from creeping woody rhizomes. These rhizomes are often referred to as creeping rootstalks and are found beneath the surface of the ground, allowing marsh cinquefoil to send out new roots and shoots at various node points.