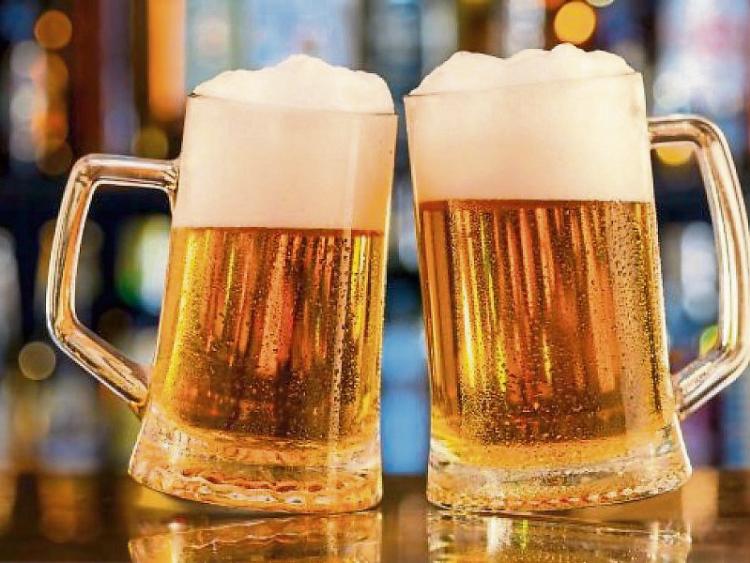 Before the advent of refrigeration, lager could only be brewed in cold climates

On a sunny, hot day, there is nothing better than a fresh, crisp thirst-quenching pint of cool, fizzy lager — but what makes a lager a lager?

There are two main differences between lagers and ales. The first is the yeast and temperature that is used in the brewing process. The second is the conditioning or aging time after primary fermentation of the beer — and the term for this comes from the German word ‘lager’, meaning ‘to store’.

In the brewing world, lagers are a relatively new style of beer. Bavarian brewers started brewing these beers in the early 1500s. They noticed that a strain of yeast had emerged that liked working in a colder environment.

Even though, at the time, brewers were not sure what this vital ingredient in the beer was, they did know that during the warmer months their beer tasted different.

These colder fermented beers became so popular locally that, in 1539, the Bavarian government mandated that brewing only occurred during the colder months so that this popular yeast could work and create this new beer.

By the 17th century, the news of these lagers had spread. Brewers in other countries tried to brew this new beer with this ‘special’ yeast, but it was a difficult task and many failed — mostly due to the warm climate in their countries which made it too hot for the yeast to do its magic.

Because of this, for many years lager remained the local beer of the southern region of the brewing world, where they had the correct climate and cellaring caves for these special beers to be brewed and stored.

Then three developments happened that changed the world of lager brewing forever.

In the 1840s, three brewers started to experiment with pale malt. These brewers were Anton Dreher in Vienna, Gabriel Sedlmayr in Munich and the father of the lager style pilsner, Josef Groll in Plzen.

Two decades later, a now-famous scientist, Louis Pasteur, revealed the science behind yeast and the reason why ‘lagering’ improved the flavour and purity of the beer.

The last invention to revolutionise lager was the invention of refrigeration in the 1870s. Now brewers in warmer climates had the means, knowledge and ingredients to brew the pale, golden beers of Bavaria, Pilsen, Vienna and Munich.

The lager craze took off across the globe, and today accounts for approximately 95% of the world’s beer production.

Many of the larger beer companies have solely focused on the production of one style of these lagers.

Heineken, Carlsberg, Budweiser and Coors Light have all made the majority of their profits from their lager offerings, and many consumers do not even realise that they brew anything other than these cold, fizzy, easy-drinking beers.

Unfortunately, between the 1970s and the 1990s, as these beers started to dominate the beer industry, the companies behind them started to brew the beers faster.

They cultivated lager yeast that didn’t need as much lagering time, and they used ingredients that were cheaper so that they could undercut competitors in the market on price.

This did not give beer in general, and especially lager, a good name. The product became associated with phrases like ‘lager louts’ which, according to the Urban Dictionary, is a person that drinks lager and becomes aggressive or even violent.

In the last decade, lager companies have been trying to change the image of beer.

Companies want to see their products in the premium lager sections of bars and off-licences, and in the last couple of years smaller micro or craft brewers have started dipping their toes into the market to see if they can compete with the bigger players.

Even though the world of lager is changing and consumers are drinking less and better quality beers, lager is a style that is here to stay... and there is nothing better than a well-made, refreshing lager on a sunny day.