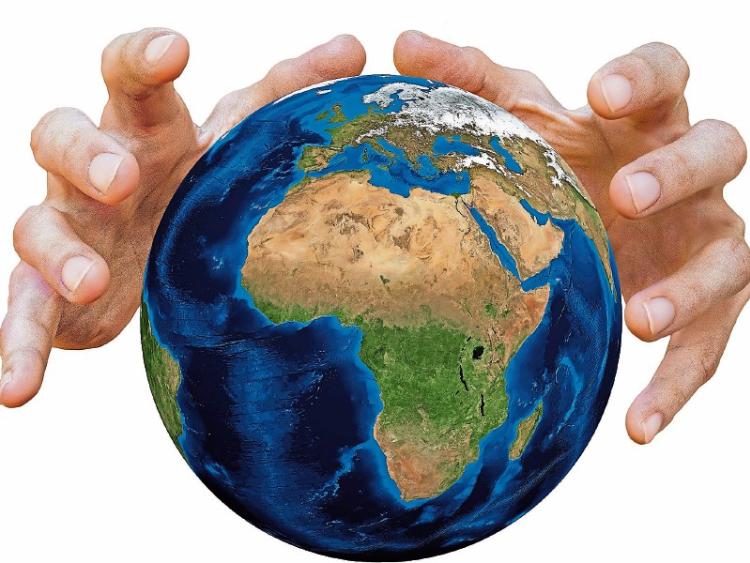 We are at an inflection point, I heard somebody saying recently.

I had to look up what ‘inflection point’ meant, but given that he was talking about the slow realisation of the Irish Government that climate change is a thing, there was no doubting his meaning.

Anyway, for the record, an inflection point is a sudden and dramatic change in direction. I don’t know who was talking.

It was a talk on the radio and I turned it on in the car, mid discussion.

The point was made that the change needed to tackle climate change is so fundamental, deep and all encompassing, that it would cause all of us to rethink everything about how we live our lives and that many of our fundamental understandings need to be amended.

The biggest change was that we bring to an end the whole notion of maximising everything, whether that’s economic growth or the way we exploit natural resources, and the related notion of convenience.

Everything from bottles of water to vegetables that are individally wrapped in plastic needed to go.

It’s a tough one to sell to a public that is enjoying all these conveniences and, with the exception of warmer summers, isn’t really seeing first hand evidence of the detrimental affect of climate change.

If you have an interest in it, you’ll find plenty of evidence in other parts of the world, like starving polar bears turning up in suburban parts of Canada, much further south than ever seen before.

But if you have no interest, you won’t.

It will come as a great surprise to many readers (and no surprise to others) than some experts say that if by 2050 we haven’t made the necessary changes, human civilisation will begin to decline into wars over ever decreasing resources.

Many will say that that’s alarmist, but it’s broadly in line with a growing consensus that we have only a few decades to make changes.

My suspicion is that it’s a generational thing, and that in Kildare the message has gained greater traction than perhaps elsewhere — based on the number of green-leaning councillors who were elected a few weeks ago.

The government has reacted to that electoral success with what can be charitably described as a ‘climate change for slow learners’ plan.

On several issues it misses more than it hits which is possibly an attempt to soften the blow to those who think all this talk of climate change is ‘boy who cried wolf’ stuff.

If that’s what they think they need to do, well then let them off.

A couple of things that will certainly happen over the next few years.

Cycling is going to be a much bigger thing, and cycling infrastructure will be mainstream.

Whether the powers that be understand, or are willing to admit, it will also require a decrease in infrastructure for cars.

Electric bikes, which enable cyclists to do greater distances with ease will also be major.

Farming will come in for particular attention.

Irish farming is going through a particularly painful patch at the moment with an uncertain future for the massive beef sector.

But the bigger picture is that the whole emphasis of farming will change dramatically.

It’s likely that the EU will start encouraging/forcing farmers to introduce meaningful measures to increase biodiversity and to move steadily towards the kind of farming that we currently call organic farming.

Here’s the thing: whether we want to or not, whether we know it or not, change is coming and we should make it, before it’s imposed.