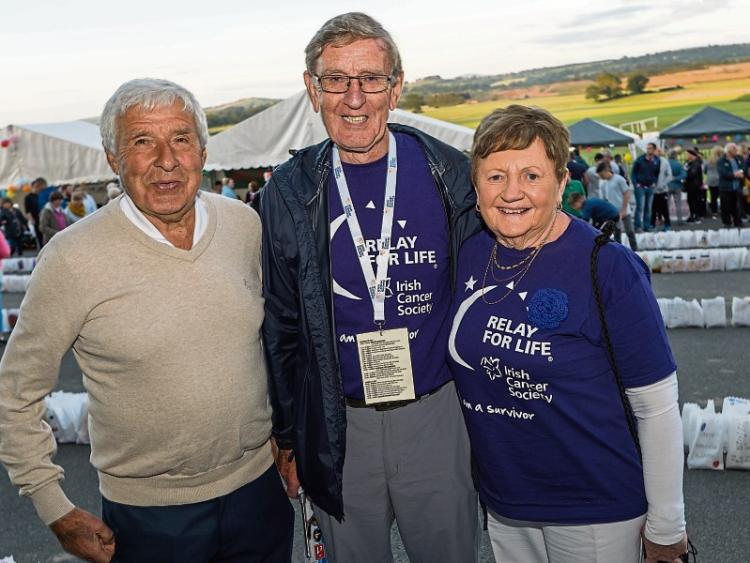 It was a busy weekend at Punchestown Racecourse as the annual Relay For Life Kildare was held on Saturday, July 6 and Sunday, July 7.

Relay For Life is a 24 hour community event which celebrates people who have survived a cancer diagnosis.

It also remembers those lost to the disease and brings the community together to Fight Back against cancer.

At Relay For Life Kildare their mission is to honour as many cancer survivors, men, women and children, as well as raise at least €100,000 for research in the fight against cancer — and have fantastic fun doing it

According to organiser Peter O’Neill, there was a ‘bumper turn-out’ for the two-day event which saw over 100 cancer survivors and their carers attend the festivities which included a 24-hour relay and music.

“It went very well, it was a bumper turn-out with over 100 cancer survivors and their carers attending at the weekend,” Peter said.

“On Saturday 6 July we had the opening ceremony and the 24 hour Relay was a big success.

“It started at 1pm each day and the Survivors were the first group to lead off.

“On Sunday evening there was the Candle of Hope Ceremony at dusk and the Newbridge Gospel Choir was there to give a magnificent performance. It was a great weekend and we were delighted with the turn-out,” he said.

Meanwhile, Relay for Life 2019 also saw survivors join in with the Gospel Choir to sing during the closing ceremony as part of a brand new initiative and there were plenty of fun activities including live music from local musicians Gordon Turner and Trixx.