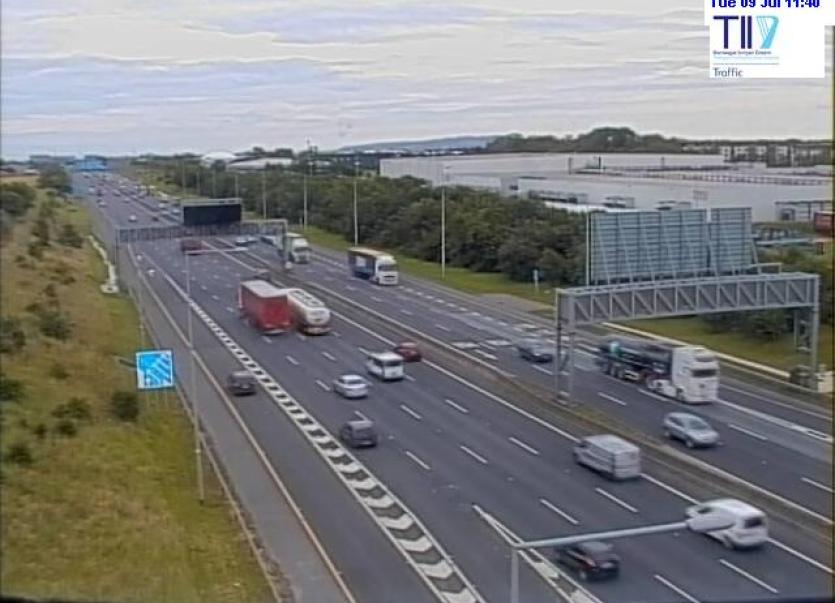 Dangerous levels of pollution on the M50.

Scientists say that levels of nitrogen dioxide (NO2) have exceeded safety limits in parts of Dublin, including the M50.

The levels recorded in the hot spots are over the statutory EU limit and will be a worry for Kildare commuters.

NO2 is a particular concern with diesel engines, which are the predominant type engine in Irish cars in the past number of years.

This report will likely lead to greater urgency in investment in ‘clean’ modes of transport and measures to reduce the use of diesel cars in built up areas.

As well as the M50, the entrances to the Port Tunnel and certain city centre streets are similarly affected.

“Traffic is the dominant source of Nitrogen Dioxide in our urban areas and the public must be supported in taking clean transport choices if we want to reduce nitrogen dioxide concentrations in the air we breathe,” she said.

“The climate action measures recently put forward by Government for the transport sector in Dublin can also act to reduce harmful health impacting pollutants such as Nitrogen Dioxide. This report is a further call for co-ordinated action to tackle transport emissions in Dublin.”