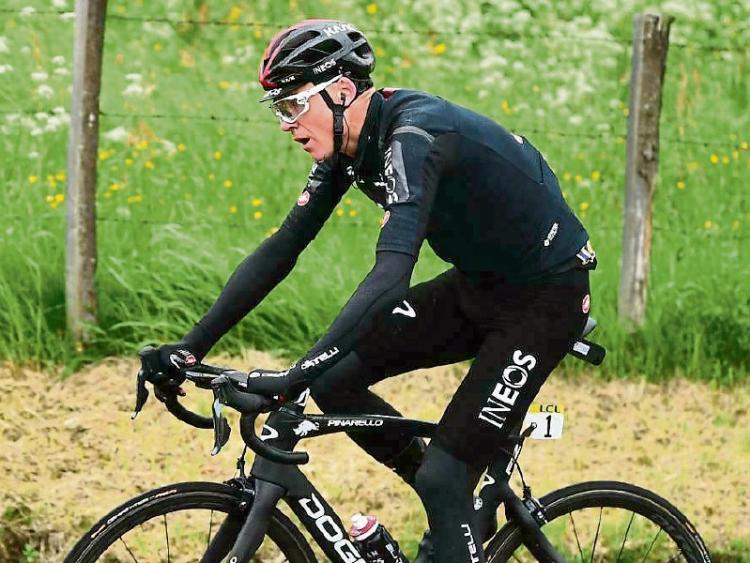 One is always hesitant about taking joy in the misfortune of others and the same applies very much to Chris Froome.

When news of his accident came through last month, it wasn’t public knowledge at first how bad the accident was and all we knew was that he was out of the Tour de France, I sort of assumed it was a collar bone, or maybe a chipped elbow or something — you know, the usual stuff that cyclists suffer.

And a bit of me was a little bit happy, because a tour without the strangulation of a Chris Froome-lead Sky train (it’ll take me a while before I call it Ineos) is a better Tour.

But then, of course, the details of the incident started coming out and it was quite shocking.

Froome was going along at 60kph clip,and sat up and took a hand off the handlebars to blow his nose (surely he’s learned the snot rocket by now, but anyway) and the front wheel went from under him — meaning that he went straight into a low wall at 60kph.

Last I heard, a femur, an elbow and several ribs are broken, and that several of these broke through the skin.

And he required eight hours of surgery to fix, and spent the following day in ICU.

That’s very, very serious. And at the time of writing I’m wondering if there is anything we haven’t heard? Hoping not.

It all makes me feel bad in an Irish Catholic sort of way for thinking that I was a little bit happy to see him gone from the Tour.

But to be fair to myself, it’s not without just cause.

Apparently, quite a number of the names mentioned above aren’t in tip-top form or are not where they want to be, which only serves to make the whole thing less predictable and more interesting.

It looks like we could be left guessing the whole way to Paris, with perhaps the yellow jersey changing hands numerous times and being worn on numerous backs.

On several teams, you could even have the intrigue of people in the same team fighting for it.

A great pity for Irish fans is that Sam Bennett will not be lining up for Bora Hansgrohe. He is clearly one of the most in-form riders of the 2019 season thus far, winning a stage in every multi-day race he’s entered this year, with the exception of the Tour of Romandie where he took a second place.

I mean, it’s pretty clear he’s quite pissed off with not being sent to the Giro d’Italia, in place of Ackerman, the team’s German sprinter. Plus, he’s in a contract year and he’s made it clear he’s leaving the team.

The cycling press reports that there are up to six teams looking to sign him, essentially all of the biggest.

He’ll go to wherever he is the top dog — which to my mind means he’s in the running for Astana, Sunweb, EF Education First or Ineos.

Off the top of my head, all the rest have pre-existing fastmen already.

Katusha might be in the hunt for a sprinter now that Kittel has left but I’d hope he doesn’t go there.

It seems to be the death of ambition to go to that team — except for a very small handful of occasional performers like Politt and Ilnur Zakarin. It’s a bunch of well-paid and underperforming half decent domestiques.

Anyway, I’m also hoping he doesn’t go to Astana. Sunweb or EF would be grand.

In the meantime, lets cheer on Dan Martin. You never know, with such an open Tour, he could be the man!

He’s exactly the kind of guy who would thrive in that environment.