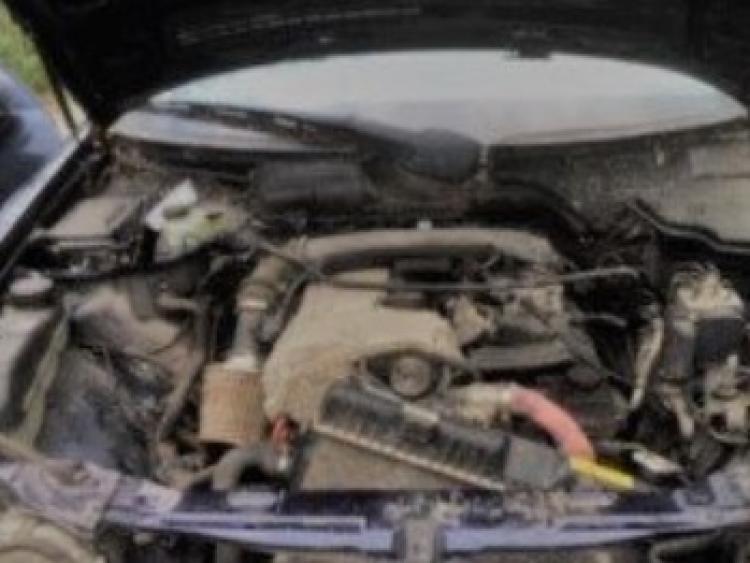 Under the bonnet of this defective car

Check out photos of this seriously defective car, which was stopped by Naas gardai recently.#

The car had no tax, no insurance, no NCT and was described by gardai as being 'as dangerously defective as you can get'.

“Now this is what you call a mess” this car had everything wrong that’s known to mankind!!
Naas RPU stopped car, no tax/ insurance / NCT / as dangerously defective as you can get, and it was driving!

Car (or what’s described as a car) seized & proceeding to follow. pic.twitter.com/JnAYQADOQA